Betsy DeVos is a Mess, But Here’s Something You Can Do Today | The Fight Magazine

Yes, the senate voted to confirm the highly unqualified Betsy Devos as Secretary of Education today. DeVos has referred to education reform as a way to “advance God’s kingdom”, demonstrated that she did not know the difference between growth and proficiency, which is a cornerstone of education debate, and supports voucher programs, which direct public money to paying for tuition at private schools (largely schools with religious affiliation). She is a long-time opposer of LGBTQ equality, and a fiscal supporter of archaic conversion therapy practices. 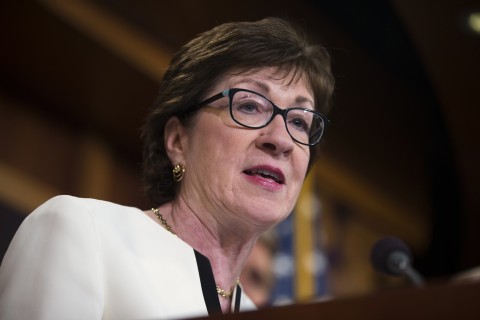 By calling to thank the senators for this important action and encouraging them to continue to oppose DeVos and the ongoing Trump administration’s heinous attacks on Democracy, we send a powerful message of reaching across the aisle and standing for what is right. You may differ in opinion on several issues with both Senators, but positive reinforcement can help continue to implement change!

We used this script, if it’s helpful!

“Hello, my name is _____ and I am from ______. I am calling to thank Senator ______ for voting against the appointment of Betsy DeVos as Secretary of Education. Today, the Senator chose to stand for American Values beyond party politics, which demonstrates a commitment to public service and to the American People. As a member of the LGBTQ community, I want to encourage the senator to continue opposing Secretary DeVos’ agenda, which stands to dismantle public education, a cornerstone of our Democracy. Thank you and have a nice day!”