Together with more than 120 community, education, health, faith, labor, student, and parent organizations in California, the Los Angeles LGBT Center has released an open letter calling on California’s educational leaders to address the growing fear around deportation and the troubling spike in hate crimes, incidents, and bullying in K-12 schools and on college campuses since the election of Donald Trump. The letter calls for safe, inclusive, and equitable learning environments for California students, especially those who are most vulnerable. “California has an obligation to be a beacon of hope for LGBT immigrants. We hold our educational institutions to a higher standard because this is a critical chapter in our legacy of equity,” said Joey Hernández, Center education policy and programs manager.

APLA Health mourns the death of Matt Redman, one of the co-founders of AIDS Project Los Angeles. Redman, was instrumental in spurring the Los Angeles community to action during the early days of the AIDS epidemic and continuing the fight against HIV over the last 34 years. He was a committed activist, known for his strong personality, biting wit, and passion for details. He passed away on December 27, 2016, at age 66. “Matt was one of the courageous few in Los Angeles who stepped up in the midst of the total devastation of the early days of the AIDS epidemic and demanded that we all do something,” APLA Health CEO Craig E. Thompson said. “Matt was one of a kind, a dear friend, a tireless advocate, and our champion. To say he’ll be missed is an understatement.” 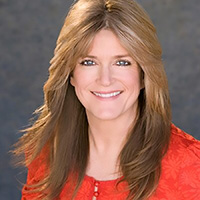 LA Talk Radio severed ties with Brady Bunch star Susan Olson (Cindy Brady) after she got into an online war of words with gay actor Leon Acord-Whiting. The actor criticized the co-host after he was a guest on “Two Chicks Talkin’ Politics.” She responded with an offensive email, where she dropped the word “fag” several times. Acord-Whiting posted a screen-capture of her rant on his Facebook page. LA Talk Radio announced it does not tolerate hateful speech shortly after firing her. Olsen’s bio and radio show clips were then removed from the Talk Radio site.

Activists hit the streets of downtown Los Angeles again last month to protest against some of the labor and immigration policies proposed by President-elect Donald Trump, a day before he was officially elected as the nation’s next president. Hundreds marched the streets of downtown L.A. and shouted support for the rights of Muslims, Jews, immigrants and the LGBT community on International Migrants Day on December 18, which is recognized by the United Nations. The march stopped at Grand Central Market, where Father Greg Boyle stood on the back of a truck and promised immigrants safety in the United States. California state Senate leader Kevin de León, also vowed to protect the rights of immigrants. 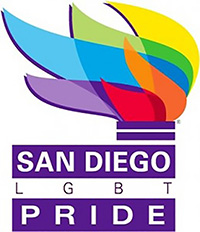 San Diego LGBT Pride donated $80,000 of their proceeds to LGBT-serving organizations due to the success of this year’s Pride event.

Each year, San Diego Pride returns profits from the annual pride weekend to the community. Over the years, San Diego Pride’s community contributions have exceeded $2 million, which have been distributed to dozens of organizations through Pride Community Grants, sponsorships, and event support. The grants serve the community and help fund HIV testing, LGBT youth programs, sobriety services, programs that support our transgender community, LGBTQ arts and culture, QPOC programs, and a variety of other LGBTQ health and human services.

The City of West Hollywood is seeking to recognize people who have made outstanding contributions to the LGBT community at the city’s 2017 Rainbow Key Awards, which usually takes place in the month of June. The city is soliciting nominations that will be reviewed by the city’s Lesbian and Gay Advisory Board. The actual awards will be determined by the West Hollywood City Council. For more information, visit weho.org.