Bearing UP | The Fight Magazine 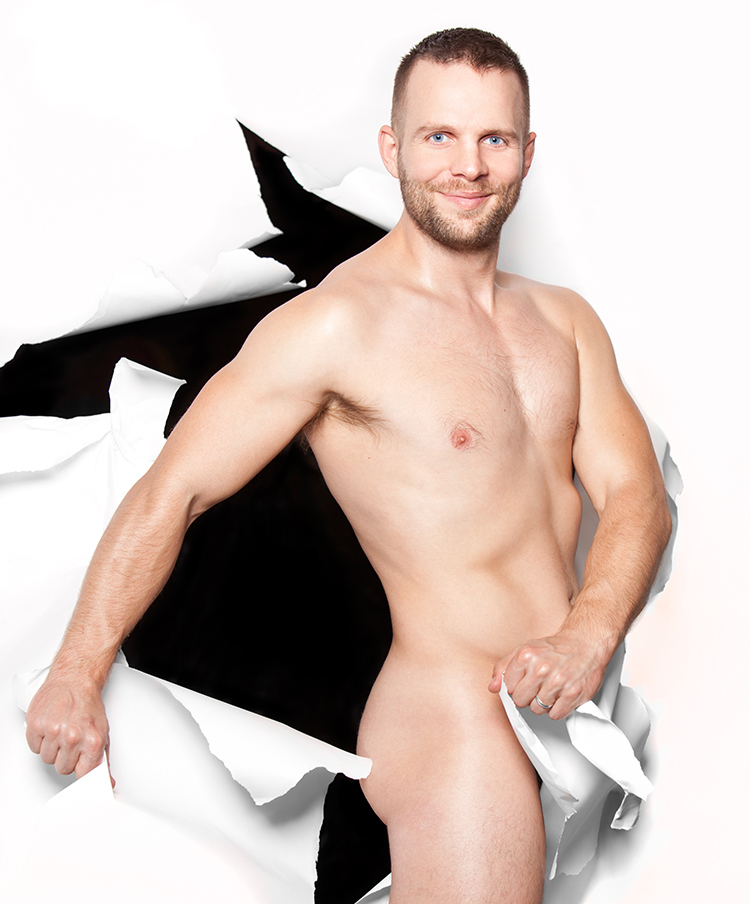 Tom Goss on intimacy, training to become a priest, and how his musical career became an “unstoppable snowball tumbling down a hill.”

A self-taught musician and songwriter, Tom Goss has performed to tens of thousands in the United States and Europe, and has been heard on ABC, HBO and several independent films. A dynamic performer, Goss has performed over 1,000 shows, in 100 cities and 5 countries.

His recent single and music video, “Son of a Preacher Man,” garnered world-wide attention, generating over one million views on youtube since its release.

In an interview with THE FIGHT Goss talks about training to become a priest, his attraction to bears and how his music career became an “unstoppable snowball tumbling down a hill.”

“I was very late in understanding my sexuality. It … didn’t help that I was attracted to bears… I honestly never thought ‘maybe I should direct my sexual energy to husky men, maybe that’ll work?’ It’s so outside the norm, I just never considered it.”

Growing up in Kenosha, Wisconsin, Goss had a fairly uneventful childhood up until the age of 10—when his parents went through a nasty divorce. “There was (and still is) a lot of fallout from that,” reveals Goss. “I became a very angry teenager, got expelled from 9th grade and was arrested a handful of times before I was 14. I grew up pretty fast after that and focused my energy primarily on wrestling, which was a great outlet for my anger and physicality. I left Kenosha at 18 on a wrestling scholarship and haven’t lived there since.”

Goss’ coming out process started after college, while he was in Catholic Seminary, training to become a priest at the time. “I was very late in understanding my sexuality. I think a big part of me shut off any interest in intimacy after my parent’s divorce. It also didn’t help that I was attracted to bears. I remember being in college and not really understanding where everyone’s sexual drive was coming from. I knew I wasn’t attracted to women but I also spent the majority of my time roughhousing with my wrestling teammates. We hung out together, practiced together and showered together. These were 18–22 year old men, beautiful and with bodies to die for, I didn’t find them attractive either. As a result I just assumed I was asexual.”

“I honestly never thought ‘maybe I should direct my sexual energy to husky men, maybe that’ll work?’ It’s so outside the norm, I just never considered it. When I entered seminary I had a classmate that fit the mold. We became close friends and it was then that I realized that I was also physically attracted to him. Hooray! It was quite a sigh of relief, I wasn’t asexual at all, I just found bears attractive!”

After leaving the seminary Goss was “pretty distraught. I had lost my home, my friends and my faith, it was a dark place. As a result, I wanted to do something that wasn’t so intense, I wanted to not think so hard, or work so hard. I’d always wanted to make a record so I decided that’s what I’d do. I assumed I’d make a record and then get on with whatever it was I was supposed to do with my life. I got a job as a barista and started working on my first record, 2006’s ‘Naked Without.’”

Goss’s musical career took off after that first record. “I decided I should be performing the record. When I started performing I almost immediately realized I could write better songs and make better records, so I started trying to do that. Then I decided I wanted to make a video so I started doing that. Performing in DC evolved to performing regionally and nationally and every time I made a record or a video I was convinced I could make one even better. I spent the next seven years frantically touring, recording and producing videos, it became an unstoppable snowball tumbling down a hill.”

“I’ve had so many amazing experiences in the past decade,” says Goss. “I’m probably most proud of the music videos I’ve created. I love videos because they combine multiple artistic expressions. Making ‘Bears’ was pretty phenomenal, when I showed up at ‘Town’ to shoot the party scene and there was already a line around the block (at 5:30pm on a Thursday). I knew we were tapping into something special…”

“I feel most at home when performing,” reveals Goss. “I had a show a couple months ago in Washington DC (where I lived for 10 years) and so many of my friends hopped on stage to sing or play with me. Two of my old bandmates, who had gotten married the night before, even showed up. Of course I dragged them on stage and they crushed it. I never wanted that night to end!”

Goss’ s new video “More Than Temporary,” highlighting the beauty of LGBT seniors, will release just before Valentine’s Day. Go to www.youtube.com/tomgossmusic to check out that and other videos!