Manslaughter For A Man’s Slaughter | The Fight Magazine 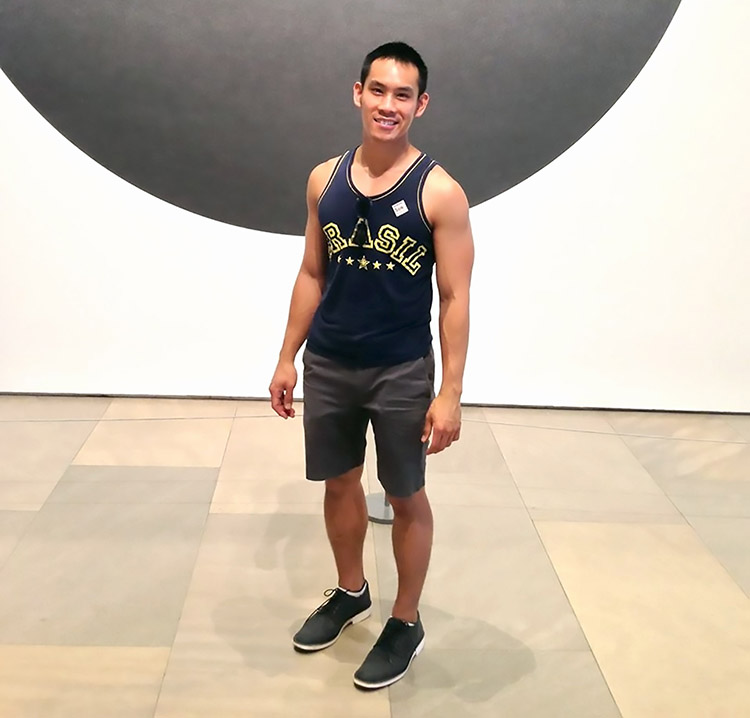 Andre Davids was sentenced to just 12 years of state prison after stabbing, disemboweling, mutilating and stuffing his boyfriend Kurtland Ma in West Hollywood on March 29, 2014.

BY DAVID HAKIMFAR, ATTORNEY AT LAW 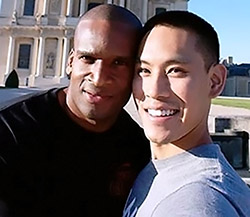 Of all of the crimes out there, homicide is perhaps the most serious. It is the only criminal act where the consequences to the guilty person may be equally as severe as his actions to the victim.

But in the case of convicted killer Andre Davids, many are asking why Davids was convicted of the lesser crime of manslaughter instead of murder, and why, after a long, gut-wrenching trial, he was sentenced to just 12 years by a jury of his peers.

It is undisputed that just before Ma’s killing, Davids ingested prescription drugs and was told by Ma the relationship was over. According to Lt. John Corina of the Los Angeles County Sheriff’s Department, it appeared to be “a crime of passion where … one boyfriend wasn’t as faithful to the other. The other one got upset.”

Upset is an understatement. Ma’s body was stabbed about 40 times and was “disemboweled,” with his own organs stuffed into his mouth, along with pills and pill bottles shoved into his body cavity. Davids claimed that he killed Ma in a sudden decision after Ma wanted to end the relationship.

A killing that would otherwise be murder is reduced to voluntary manslaughter if the defendant killed someone because of a sudden quarrel or in the heat of passion.

The defendant killed someone because of a sudden quarrel or in the heat of passion if:

The defendant was provoked;

As a result of the provocation, the defendant acted rashly and under the influence of intense emotion that obscured (his/her) reasoning or judgment; and

The provocation would have caused a person of average disposition to act rashly and without due deliberation, that is, from passion rather than from judgment.

Heat of passion does not require anger, rage, or any specific emotion. It can be any violent or intense emotion that causes a person to act without due deliberation and reflection.

In order for heat of passion to reduce a murder to voluntary manslaughter, the defendant must have acted under the direct and immediate influence of provocation as I have defined it. While no specific type of provocation is required, slight or remote provocation is not sufficient. Sufficient provocation may occur over a short or long period of time.

However, for Los Angeles criminal defense attorney Negin Yamini, the outcome in Davids case was not unpredictable. “Since Davids was on prescription drugs, it may have affected his ability to make logical decisions. The drugs compounded with Ma’s news of his desire to end the relationship could stir up quite a bit of emotion. Therefore, a jury could reasonably see this as unplanned, and as a crime of passion. The jury believed Davids acted in the heat of the moment. It was not a murder, it was manslaughter. Like it or not, I believe the jury got it right with respect to applying the facts to the law.”

It’s important to understand that prosecutors rarely file voluntary manslaughter as a separate charge from murder. Manslaughter is a charge that commonly comes up in murder cases, where the accused person has admitted to killing the victim, but seeks avoid a murder conviction.  If the accused is convicted of voluntary manslaughter, he or she faces a maximum of 11 years in prison. With murder, by contrast, the person faces a potential life sentence… or sometimes execution.

California Penal Code Section 193(a) provides as follows: “Voluntary manslaughter is punishable by imprisonment in the state prison for 3, 6 or 11 years.”

The Court sentenced Davids to the longest possible sentence for the crime he was accused of.

California law could have found Davids guilty of first degree murder if the People proved that Ma was murdered by torture.
California law finds torture if there is (1) premeditation to inflict pain on the victim, (2) a sadistic intention, and (3) the intent for the torture to be the cause death.

Understandably many in the community are outraged at what is perceived as an extremely light sentence such an horrific act—and there are those who are calling for another murder trail. This is not possible.

The Founding Fathers of our country inscribed the Double Jeopardy Clause within the Fifth Amendment of the United State Constitution.  This Clause provides that no person shall “be subject for the same offense to be twice put in jeopardy of life or limb.”  Two essential protections of the Double Jeopardy Clause are retrials after certain mistrials, and multiple punishment.

The estate of Kurtland Ma have the ability to pursue damages for his intentional and/or wrongful death.  Davids’ liability is virtually without doubt and the monetary value for the loss of Ma could go into multiple millions of dollars.

However, without any knowledge of what Andre Davids’ has or doesn’t have, it will be their call in deciding if it will be worth the time, energy, and resources in obtaining a paper judgment that will always remain unpayable by Davids.