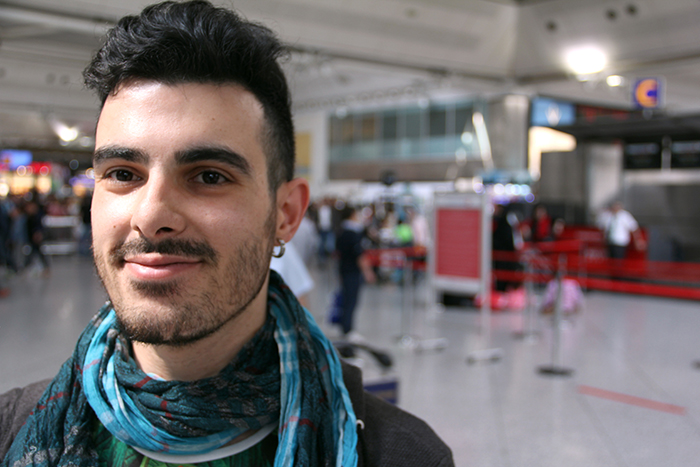 Being Gay In The Islamic State

Subhi Nahas on his life as a gay Syrian refugee. “I was sure I’d be raped or killed. I was terrified.”

Growing up in my small city Idlib, Syria, I always knew I was different. I didn’t know what the difference was or what it was called, but I knew I had a secret to guard. That was a decade ago. Even in my worst nightmare, I didn’t dream that one day my beautiful country would implode. And I couldn’t possibly imagine that one day I would address the UN Security Council on behalf of all refugees including LGBT people like me.

Once my family and community in Idlib found out that I was gay, they confirmed my worst fears. I was “abnormal” and “sick.” Most of them believed—and probably still do—that gay people like me should be hospitalized, imprisoned and even killed. I felt desperately alone.

The internet saved me. I was hungry for information about who I was, and I learned there were others like me who were able to live happily—with careers, travel, and even love. Many were free to tell the truth about who they are.

When I was 15, before I came to terms with my identity, my parents suspected something was “wrong” with me and sent me to a therapist. Breaching rules of confidentiality, he told them I was gay.

From that time, I became a prisoner in my home and my town. My father watched my every move. Authorities of the Syrian government and Jabhat al-Nusra, a branch of Al-Qaeda, raided cafes and parks where LGBT people secretly gathered. Militants promised the townspeople to cleanse our town of gender nonconforming people. Many people were arrested and tortured. Some were never seen again.

Then I became a target of the militants. In 2012, I was on a bus heading to university. We were stopped. The young people, including me, were taken to a remote house where we were all physically assaulted and harassed. The militants took special notice of me. They called me “sissy,” “faggot,” and other insulting Arabic epithets. I was sure I’d be raped or killed. I was terrified. In the Idlib of 2012, there was no law—only people with guns. Miraculously, they let me go.

The terror followed me home, where my father and I had our last fight. The scar on my chin is a constant reminder of his violent reaction to my being different.

My only hope was to flee. I escaped first to Lebanon and then to Turkey, where I lived for three years and began to advocate for other LGBT people and refugees like myself. I co-founded a group, LGBT Arabi, to bring LGBT refugees and non-refugees together. I wrote a blog about LGBT rights.

By 2014, Isis had taken much of Syria and was broadcasting its execution of gay people. I was not safe even in Turkey, as a childhood friend who had joined Isis threatened to kill me through a mutual friend.

It was during my time in Turkey that I found ORAM—the Organization for Refuge, Asylum and Migration. Through ORAM, I understood that my struggle and that of my compatriots was part of a largely unseen global phenomenon of LGBT people escaping extreme persecution and hatred—often in silence and shame.

Three months ago, I became one of the lucky few resettled to freedom in the United States. I now continue to advocate through ORAM in San Francisco for all vulnerable refugees.

[This past August] I had the extraordinary opportunity to tell my story to the United Nations Security Council. I was speaking for all vulnerable refugees—LGBT people, children, the elderly and frail and so many others when I urged all nations of conscience to open their doors. It is my hope that if enough concerned citizens speak out, more LGBT refugees will reach freedom.

These vulnerable refugees have so much to give the world, but time is running out. They need all nations of conscience to open their doors as wide as they can and protect them.

ORAM—Organization for Refuge, Asylum, and Migration—advocates on behalf of the world’s most vulnerable refugees, including those fleeing persecution based on their sexual orientation or gender identity. For more info visit: www.oraminternational.org.