Work In Progress | The Fight Magazine 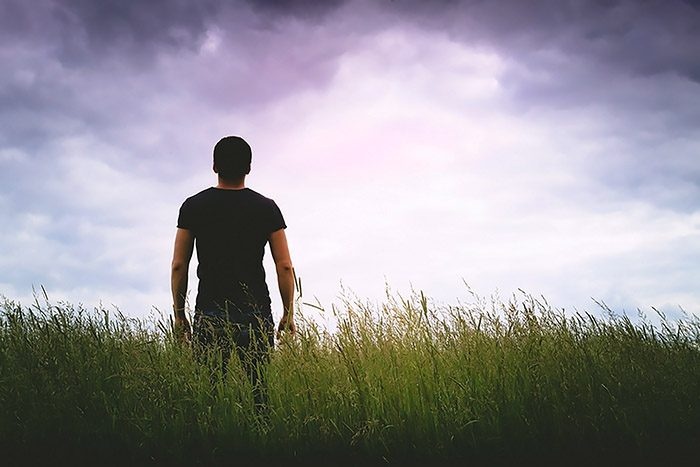 No “before and after” epiphany turns dung into roses. That is the hidden story, the hard work of recovery.

Many of us who’ve never struggled with addictions have a sort of fantasy about how someone recovers from alcoholism and drug addiction: you “hit bottom,” and then “you have an epiphany,” and then life gets rosy. Old myths are hard to get rid of.

When you talk to people in recovery, the reality is a lot more puzzling. Maybe asking how recovery happens is more like asking, how do you fall out of love with a partner who’s bad for you? There are some common threads—saying goodbye, staying goodbyed, waiting… Time in sobriety can eventually rewire most of the cravings and a lot of the need. But everyone’s progress is different.

Many who have spent as much time in the grips of addiction as Jeff M. find it difficult to cite a specific cause for sobriety. Jeff considers:

“When I went into the facility I was like 47 years old already. I was already finished with my party days, my clubbing days. I was in a relationship long-term, and that had a lot to do with it.”

Studies try to pinpoint the reasons for this disparity. The National Institutes of Medicine and Health, citing a study by McKirnan DJ1, Peterson PL, have said that the prevalence of substance abuse (especially later in life) within the LGBT community “may reflect culturally specific stressors and vulnerability to substance use [among other things].”

For Jeff, who had seen the inside of at least one jail, compliments of alcohol, life at 47 was reduced to working, buying alcohol on the way home, and falling into a stupor. Both Jeff and his partner drank heavily. Drinking, Jeff says, was the one thing they shared together as a couple. But at home, the reality of their sharing was that each went his separate way, into his separate stupor, in a “together alone” existence.

“We didn’t notice each other much,” Jeff recalls, “because we were both getting drunk—on our way home pick up a bottle—that was our life for 20 years.”

Under the heading of “culturally specific stressors” one of the most often cited triggers for substance vulnerability is childhood bullying.

assaulted at school in the past year because of their sexual orientation.

Findings about the larger culture into which LGBT youth are trying to find their way are disturbing.

“In a study of middle and high school students, 30% of 7th graders (10.8% of 12th graders) indicated that they would not remain friends with someone if they disclosed that they were gay.

If this was true in 2009, how much more bleak was the high school environment when Jeff was growing up in the 1970s?

“Younger people who were not gay made comments about me—it’s a bullying thing—you were made to feel like you’re an outcast. And you escape by drinking.”

Thinking back, Jeff can remember being ashamed of who he was and afraid someone would find out. “I remembered hearing I could be arrested just being [sexually] with another person of my same sex. I thought, ‘how are they even going to find out?’—but in the back of my mind it was there all the time.”

Jeff says that drinking made it so he “didn’t care.”

“The three things that trigger addiction are trauma, stress, and grief,” says Dr. Ralph Carson (americanaddictioncenters.org/fitrx-treatment-center/#DrCarson) of American Addiction Centers. “The degree of trauma predicts the degree of addiction.”

In spite of being bullied, Jeff was luckier than many LGBT individuals growing up in the same time period. He enjoyed a supportive family. Research by Georgetown University suggests that lack of acceptance from family increases the risk of drug and alcohol addiction.

“As with risk for suicide, gay and transgender young people with high levels of family rejection were more than 3 times as likely to use illegal drugs compared with LGBT young people from families with little or no rejection.

Their use of illegal drugs was cut in half when families were moderately rejecting.”

Fortunately for Jeff, his brother Tom reports that everyone in the family knew—before Jeff came out. “When he told all of us, he was shocked by our acceptance and knowledge,” Tom says. “If we were more open in our communication with one another we may have been able to address his addiction sooner. But, he’s clean and sober today and that is what matters.”

Even at 47 with his party days behind him, a family putting its foot down, and a partner to support him, Jeff did not want to go into treatment for alcoholism. He was pushed in, on pain of being disconnected by his family, who until this point had not only supported him, but bailed him out of trouble, and even laughed at his drunken antics.

“I was furious,” Jeff remembers. “I wrote what I thought was the best lawyer-style letter about why I shouldn’t be going into treatment.”

At this point in Jeff’s struggle, a small conversation turned his head around. He was out in the parking lot at the Singer Island treatment facility in Florida, smoking a cigarette (another “risk behavior” disproportionately practiced in the LGBT community). A fellow resident in treatment approached him and they chatted together. “I was, ‘they’re trying to brain wash me,’” Jeff recalls, “and he said, ‘well, maybe your brain needs to be washed.’” From that point, he gave treatment a chance.

One might be tempted to call that the mythic “addiction epiphany.” But Jeff cautions that it is really not that simple. Many people are in and out of treatment, over and over.

It is true that treatment can lead the proverbial horse to water. “The biggest thing that I think really works,” Jeff says, “is that 28 days of being off of it.” But the horse has to continue to choose, all on his own, to drink water not alcohol. “I think the main thing—you have to want to give it up.”

And so far, Jeff’s story has a happy after: “Sober for three years and don’t see myself falling back into it again.”

It helped that when Jeff went into treatment, his 30-year partner Antonio promised to stop drinking as well.

“When I got out [of treatment] and saw [Antonio was really sober, too], I was so proud of him, and he of me.” Having a recovery partner can be a powerful force for long-term sobriety.

Together in recovery Jeff and Antonio have struggled their way to the new life myths are made of—happily after, for sure, though the “ever” of recovery is never certain.

Recovery is always a work in progress. No “before and after” epiphany turns dung into roses. That is the hidden story, the hard work of recovery.

Life has not been easy for Jeff and Antonio. Since the couple gained sobriety, they were evicted, gnarled up in an ugly court case, and put through “moving hell,” as Jeff calls it. Jeff had to drag himself back time and again to the mediation table when he just wanted the ugliness to go away. Any one of these things could trigger a relapse, and probably has for many others. That both Jeff and Antonio held onto their sobriety through the hell is a testament to its strength. And so is their improved relationship—which has grown closer not only by a new apartment, but by a wedding, just days after gay marriage became legal in Florida.

The hardest tests can lead to the biggest gains.

Recovery is like that, full of tests upon tests—but so is life.

On the day of Jeff’s interview for this article, he and Antonio were out buying furniture for their new apartment—the likes of which they could never afford when all their money went into alcohol. Jeff is thrilled that the new digs are “in the heart of downtown Fort Lauderdale, the art district.”

“I would have never had the fortitude to do all that if I was drunk,” Jeff admits. “I couldn’t believe myself. I thanked myself.”