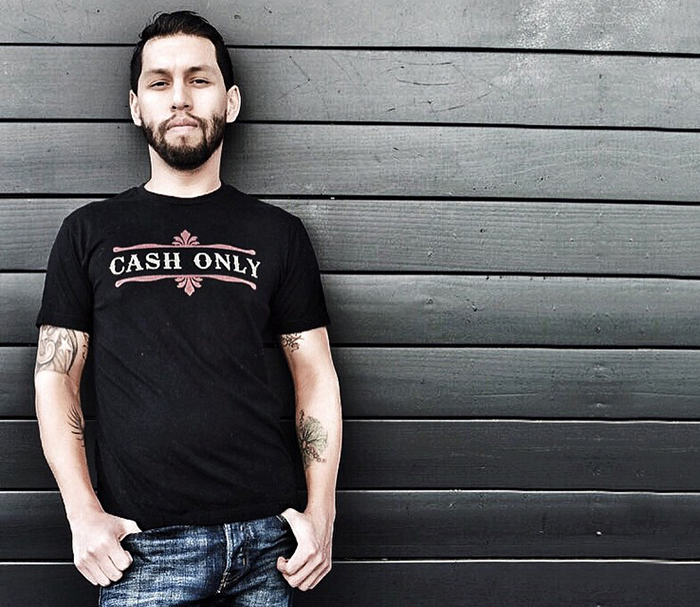 Danny Cruz on “The Sex Workers Outreach Project,” escorting and testing your limits.

While Danny Cruz’s foray into the world’s oldest profession may have started out simply as a mutually beneficial rental agreement (“I was 19. I traded companionship and the occasional thrill to a man who gave me a place to live for free…”) it has, over the past few years, turned into a passionate social and political mission statement.

Cruz, 29, is the director of the Los Angeles chapter of SWOP (The Sex Workers Outreach Project), an “anti stigma, anti violence campaign.”

“It focuses on the need for decriminalization of consensual sex work and the establishment of rights for sex workers instead of ‘rescue’ from the industry,” explains Cruz.

“The key word in all of that is consent,” clarifies Cruz. “In Los Angeles, the mission statement is about choice. I want to offer those in the sex trade that love what they do resources to stay safe, healthy — mentally and physically — and manage and improve their business. For those engaging in survival sex, being coerced or in sex work due to economic circumstance or lack of options, I want to empower them. Give them resources to be able to transition out of the industry into mainstream work. This means job opportunities, vocational or computer training, resume and interview skills, etc. It’s my job to figure out what people need and have pathways to connect with those resources.”

In an interview with THE FIGHT Cruz discusses intimacy, repeat customers and broadening his “man horizons.”

“I have a wide range of people I see. Most are too busy for the dating scene. They know what they want and they call. I respect that. There’s a certain honesty in it that you don’t find with casual hookups.”

When and why did you decide to become an activist in this field?

It started after I got fired from a really good job in NYC. The management found my [escort] ad and I was immediately fired. I had a hard time dealing with it, but working with sex worker led groups there gave me a place to start learning about the history of sex work and the kind of work sex work led harm reduction organizations are doing today. When I moved to Los Angeles a year ago, I learned the local chapter of SWOP had been mostly inactive except for a small group of women who met on an irregular basis. I decided to pick things back up and restart the local movement…

My background is in medicine. I was trained in the army as a nurse. I’d like to use that knowledge to build health and mental wellness resources for sex workers here. I’m also working with an organization called HOOK Online that is a resource specifically for men in the sex trade. Partnering with them, I’m trying to engage more guys in the conversation around decriminalization and rights.

You work at a medical marijuana dispensary in WeHo, and you’re also a licensed nurse. How common is it for sex workers to have a “traditional” 9-5 job?

I’d say it’s more common than you’d think. The people who have a mainstream job do it for stability. My 9-5 gives me health insurance and a place to be 4 days a week.

When did you decide to make sex work a part time job?

I went to escorting as a way to pay off debt. I’ve been doing that work for 7 years… Actually I was on and off for a while. It wasn’t till I moved to NYC and didn’t have a well paying job that I advertised more consistently. Then, one year, I got nominated for a Hookie award on Rentboy. That was the turning point. With the exposure, I got a little more business and my career went from there.

Have you been in an intimate relationship since becoming a sex worker?

I’ve had a few relationships. I tend to stay in casual hookup territory with most guys… Not everyone can handle their boyfriend/partner having sex with other people as it is. If you add in being paid and your chances are slimmer. It takes a certain kind of guy to be okay with that. Usually they also have a history with the industry.

How would you describe your clientele?

I have a wide range of people I see. Most are too busy for the dating scene. They know what they want and they call. I respect that. There’s a certain honesty in it that you don’t find with casual hookups.

What is the age range?

Are they mostly repeat customers?

I live on repeat customers. There’s definitely a connection sometimes that is hard to ignore. Sometimes that’s just the feel of my cock. Sometimes it’s more.

Have you ever fallen in love with a client?

I’ve never fallen in love, but I’ve formed special bonds with some guys. Especially my longtime regular clients. There are men I’ve seen for the last few years. We share a lot of memories and experiences. We know a lot about each other. Our relationship just happens to be different.

Is there anything you will not do—sexually—with a client?

Everyone has limits. I have a few things I don’t get into. I advertise my interests so that I can attract people with similar tastes. It’s worked so far, though I still get the occasional caller asking if I’m into scat play. (I’m not.) I love when people are clear about their needs and likes.

Have you discovered anything about yourself—sexually—while with a client? In other words did anything awaken in you—like a certain type of kink—which you were not aware of before being in this profession?

I definitely have. I’ve tested my limits. Learned how to be less selfish of a lover (unless I need to be). I’ve been able to broaden my man horizons. I used to go for one type of guy, but I learned how many different types of men I could get hard for.

Are you on PrEP?

I’ve been on PrEP for about 7 months.