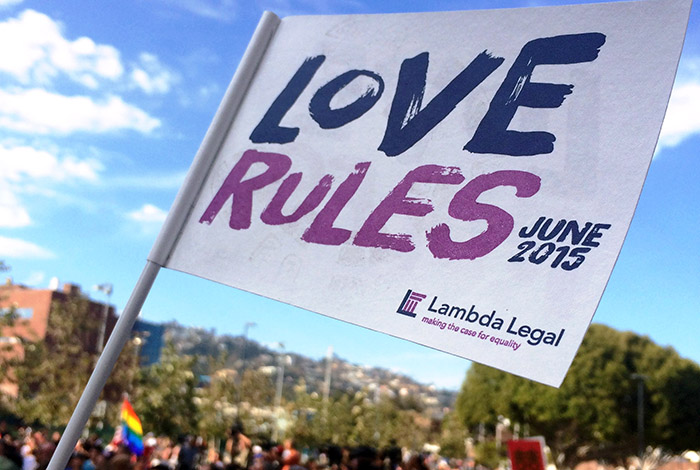 Over a thousand LGBT people and their allies joined the Los Angeles LGBT Center and dozens of other human rights organizations for a Decision Day Rally at West Hollywood Park, June 26, to celebrate the U.S. Supreme Court’s historical ruling on same-sex marriage.

People waved rainbow flags and held up signage that read “Love Wins,” “Love Conquers Hate” and “A Supreme Day to Be Gay in the USA.”

L.A. LGBT Center CEO Lorri L. Jean rejoiced at how the U.S. Constitution finally includes LGBTQ people. “As the confederate flag is falling, the rainbow flag is raising,” she said. “If God is with someone, she is with us.”

Tamika Butler, of the National Center for Lesbian Rights told the crowd that the fight continues for civil rights. West Hollywood council member John D’Amico locked lips with his husband of 23 years Keith Rand—and West Hollywood council member John Duran spoke of the AIDS crisis and how the price paid for this victory was high, but the victory is “so sweet.” 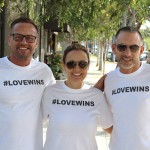 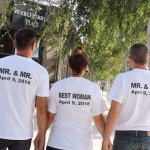 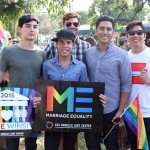 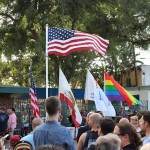 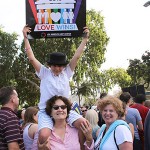 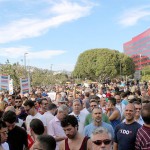 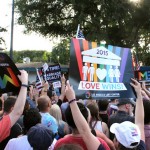 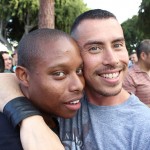 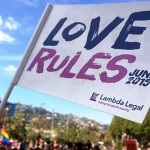