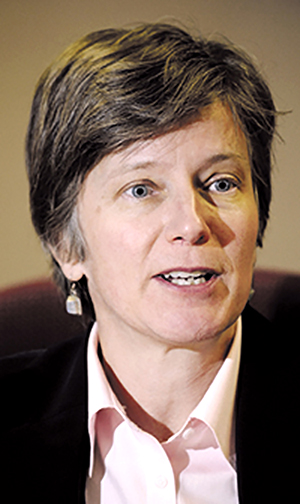 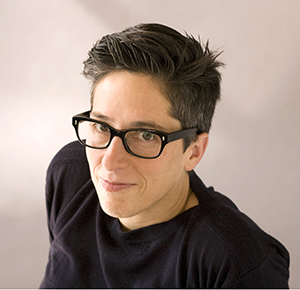 Alison Bechdel and Mary Bonauto just won MacArthur Grants. Bechdel is the brilliant creator of “Dykes to Watch Out For” and the author of the graphic memoir “Fun Home.” Bonauto is the remarkable lawyer who won marriage rights across New England with the Gay and Lesbian Advocates and Defenders.

The Next Big Move: Waiting For Scotus

Normally, I’d start this column with a review of federal marriage litigation. After all, over the last month we’ve seen a unanimous victory for marriage equality from the U.S. Court of Appeals for the Seventh Circuit, we’ve gone through oral arguments before a friendly panel at the Ninth Circuit, we’ve won lower court rulings in Louisiana and Arizona, we’ve seen briefing scheduled before the Fifth and the Eleventh Circuits, and well, there’s generally been a lot to talk about.

But you know what? The only thing that matters at this point is the next move by the nine men and women of the Supreme Court. The justices are scheduled to debate marriage cases out of the Tenth, Fourth and Seventh Circuits at their upcoming conference. Which case or cases will they take? When will they tell us? When will oral arguments be scheduled? Inquiring minds are anxious to know.

As a reader of THE FIGHT—you most likely live in California and you already enjoy both state and federal marriage rights. But those of us who live in Texas are plagued by entrenched antigay policies that won’t be lifted until the High Court slams the hammer down. Here’s an example. A woman who married in California and changed her name moved to Houston and applied for a driver’s license. What happened? The mandarins at the Lone Star department of public safety refused to issue a license unless the woman reverted to her maiden name. This despite the fact that Connie Wilson had changed her name on her California license and her social security card.

Adding insult to injury, without the license, Wilson won’t be able to vote! In Texas, you need a license, a passport, a Texas ID or a gun permit in order to prove you’re not pretending to be someone you’re not. (I am not kidding about the gun permit.) Wilson’s only option, aside from going back to her old name, is to get a Texas court order. Ka ching, ka ching. That costs about $400.

Life’s a lot better if you live in Austin, the little blue county in the middle of our big red state. But then you have to deal with the sad sacks on the Longhorn football team, who started the season with losses to Brigham Young and UCLA. Are you laughing at me, THE FIGHT readers? Oh, to Hell with you. Part of our problem is that our new coach at the University of Texas has a series of tough rules and regulations. You have to go to class, avoid drugs and treat women with respect. These absurd standards have decimated our starting lines.

After further research, it turns out that this intriguing prank was allegedly used as a hazing tactic by another, unnamed sorority at the same university (Hofstra), according to an unnamed “recent graduate.” Miss America, Kira Kazantsev, was reportedly kicked out of Alpha Phi last year for unspecified violations of hazing rules, but there’s no evidence that Kazantsev’s bullying involved Sapphic rituals of any sort. That said, we don’t know exactly what young Kira was accused of, so, well, maybe.

The Miss America Foundation said Kazantsev had told them about her expulsion, but that the incident was (apparently) of no consequence. “Kira is an exceptional ambassador for the Miss America Organization and we are excited to be part of her journey as a force for good across our nation, promoting education and service and working to empower young women.”

It’s hard to be a devout gay Catholic these days. In Minnesota, Jamie Moore was dumped from his job as music director of St. Victoria Catholic Church for the crime of marrying his partner. In St. Louis, two lesbian teachers were fired from a Catholic girls school after authorities learned they had applied for a joint mortgage. At another girls school in Detroit, lesbian teacher Barb Webb was asked to leave after she became pregnant “outside the Catholic way.” And in Montana, two elderly men were told they could no longer take communion at their long standing church because they had married in Seattle in 2013. The men, partners of over thirty years, were told they could regain their privileges if they divorced, moved to separate housing, and apologized.

These are just the latest examples of rigid, let’s say crazy, dictatorial tyranny from leaders of Catholic institutions. So much for the Pope’s efforts to focus on poverty and faith rather than moral policing. Oh, speaking of moral policing, I read that the French cops discovered about nine pounds of cocaine in a car that belonged to Argentinean Cardinal Jorge Maria Mejia. The Cardinal is over 90 and presumably was not involved in the coke caper, but the car was using diplomatic Vatican plates. According to the Telegraph, an official gave the car to two men to have it serviced. Instead, the opportunistic errand boys drove to Spain, picked up the party favors, and were en route back to Rome when they were caught near the alpine town of Chambery.

Does that story make sense to you?

Have you read about the preppy gay bashers who were arrested in Philadelphia after twitter users tracked down their identities? The well dressed assailants (recent graduates of Archbishop Wood High School, a Catholic institution) were part of a larger group that yelled slurs as they attacked two men on the evening of September 11, breaking one man’s eye socket and jaw. Two guys and one young woman turned themselves in after videotape of the assault went viral. The woman, Kathryn Knott, is the daughter of a local police chief.

If it’s possible to dislike some gay bashers more than others, I will put Ms. Knott in the most offensive category. Since her arrest, we’ve discovered from her irritating twitter history that she is obnoxious, arrogant, entitled, homophobic, and clueless. She also just lost her job as a hospital aide, although it’s not clear whether or not her arrest was the cause. I say it’s not clear, because she also tweeted pics of a patient’s severed fingers and made fun of various people who wound up in the ER during her shifts.

Her lawyer insists that Kathryn is a nice girl who just happened to be in the wrong place at the wrong time. Oh yeah? If that’s so, why was she one of the three individuals charged with a crime? Here’s hoping this immature moron pulls a jail sentence of some sort. At least six months in a jumpsuit surrounded by unfriendly inmates who put used tampons in her food (as seen on Netflix).

Finally, in unrelated news, did you see that Alison Bechdel and Mary Bonauto just won MacArthur Grants? Bechdel is the brilliant creator of “Dykes to Watch Out For” and the author of the graphic memoir “Fun Home.” Bonauto is the remarkable lawyer who won marriage rights across New England with the Gay and Lesbian Advocates and Defenders. The MacArthur “genius” awards are piles of cash given with no strings attached to very cool people every year. This year, each award is worth $625,000, and I can’t think of two more worthy recipients.