It Gets Better | The Fight Magazine 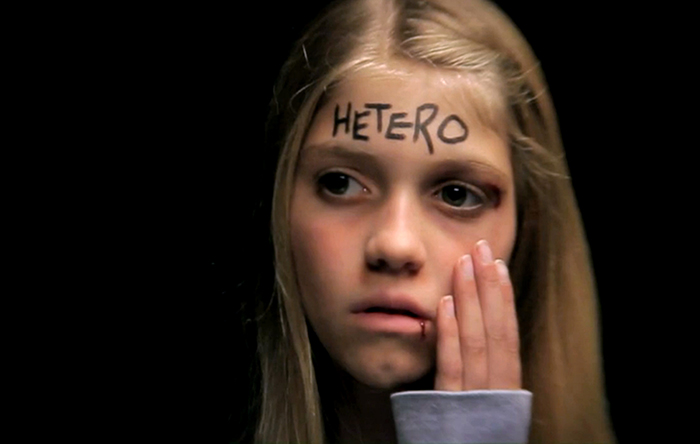 The short film “Love Is All You Need?” about a girl who is bullied because she is straight in a world where everyone is gay—is being developed into a feature length project—to bring bullying and social justice to light for a mainstream audience.

Kim “Rocco” Shields started her career as an editor at 21 years old and edited numerous theatrical and commercial projects before discovering her love for filmmaking expanded beyond the editing room. With years of experience under her belt, Shields began to direct her own projects and formed WingSpan Pictures, one of the few production companies creating high quality educational content for major universities across the nation.

While WingSpan Pictures was thriving, Shields came to terms that there were others in this world not as fortunate.  Bombarded by stories of bullying and teasing, Shields wanted to use her talent and resources as a filmmaker in sending a message to our youth. She woke up one morning with the thought: “What if the shoe was on the other foot?” From there, Shields was inspired to make her first festival-bound short film “Love Is All You Need?” in 2011. Written and directed by Shields, the film follows the life of an ordinary girl who is bullied because she is straight in a world where everyone is gay.

The film did remarkably well in the festival circuit, screening at over twenty film festivals worldwide and winning several awards, including ones for “Best Short Film” and “Best Director.”  And, it became a viral video sensation having been viewed by over 30 million views to date.

Now the short film is being developed into a feature length project, using multiple story lines to bring bullying and social justice to light for a mainstream audience.

For more info on this project visit www.roccoshields.com.