A Magical Evening | The Fight Magazine 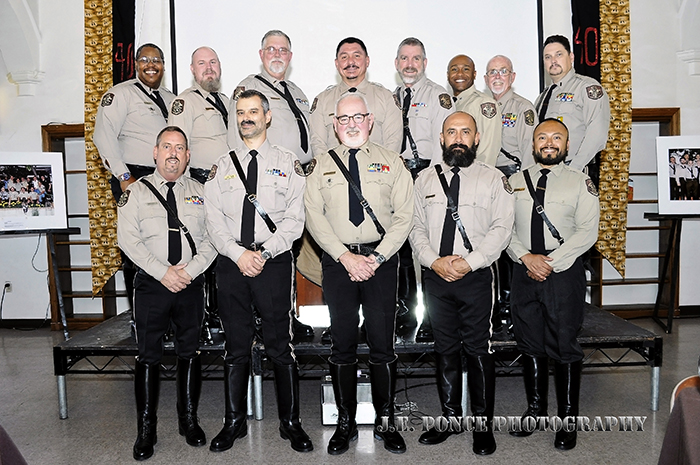 The Regiment of the Black and Tans celebrate “40 Years of Service in Uniform.”

One of the country’s longest running gay uniform clubs The Regiment of the Black and Tans held its 40th Anniversary Dinner and Officer’s Change of Command last month at the “Center for the Arts Eagle Rock.”

More than one hundred guests were treated to an exhibit by the Tom of Finland Foundation. It’s founder—Tom himself—was an honorary member of the Regiment.

Guests perused through an impressive archival exhibit of memorabilia from the Regiment’s forty years. The jewel of the collection was more than six thousand photographs chronicling the clubs unique history.

After hors d’oeuvres and cocktails members welcomed their guests with the traditional toast and were then invited into the formal dinning area for dinner.

After the meal the new officers were inducted with a ceremony. Celebrating his 25th year with the club, incoming Commander Jeffrey Schoonover took his eighth tour as Commander—more than any other in the clubs history.

A very special honor went to Riley Black who has been with the club for its entire forty year run.

665 Leather & Fetish Co. and Rough Trade Leather were honored for their years of continued service to the community. And the One Archives were presented with a photo album of highlights of the Regiment’s forty years.

“It was a magical evening”, stated one guest. “The club captured the feeling of the grand celebrations the club used to host many years ago.”