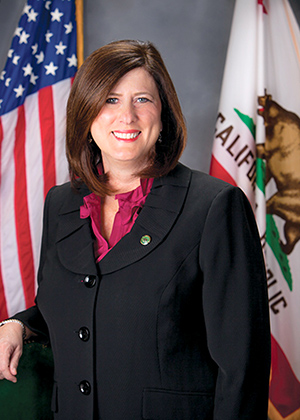 A bill making its way through the California Legislature would prevent defendants from using a so-called “gay panic” or “trans panic” defense to escape murder charges.

California criminal law considers killings done in the heat of passion manslaughter, not murder. The bill says a defendant’s discovery of his victim’s true gender or sexual orientation is not grounds for a “heat of passion” crime.

Democratic Assemblywoman Susan Bonilla of Concord said her bill sends a message that violence against gay, lesbian, bisexual and transgender people is not acceptable.

Assembly Speaker Toni Atkins, the first lesbian to lead a house of the California Legislature, said last month that more work needs to be done to promote tolerance of gays and lesbians, especially in rural America, reports The Associated Press.

The San Diego Democrat, a native of Appalachia, told attendees at the “She Shares” women’s leadership conference in the state capital that the “most profound” way of advancing equality is coming out and taking small actions that validate being gay. Atkins’ political rise in California created little stir, in part because her predecessor, Los Angeles Democrat John Perez, was the first openly gay speaker of the Assembly. The 120-member Legislature has eight openly gay and lesbian lawmakers.

University of California President Janet Napolitano announced last month the formation of a President’s Advisory Group on LGBT issues to advise her on how best to create a more welcoming and inclusive environment for LGBT students, faculty and staff across the UC system. The advisory group was recommended by a systemwide task force that has been meeting for two years to study and evaluate LGBT climate and inclusion. The task force made eight recommendations, ranging from collecting data to increasing cultural competency training, along with its call for a permanent, systemwide group to advise the president on LGBT issues and advance the well-being of LGBT students, faculty and staff.