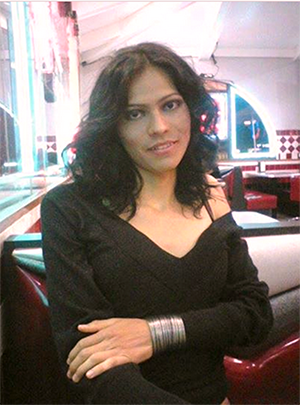 Authorities continue to investigate the death of transgender activist Zoraida “Ale” Reyes whose body was found behind a Dairy Queen in Anaheim last month.  The death, reports the LA Times, is being investigated as suspicious, although authorities said there were no immediate signs of foul play. An autopsy has been completed, but no cause of death was given pending further investigation, the Orange County Sheriff’s Department said. A toxicology report is pending, said Lt. Bob Dunn, spokesman for the Anaheim Police Department, and could take weeks to be completed. Investigators hope it will help them identify a cause of death.

A bomb threat forced the evacuation of the Renberg Theater at The LA LGBT Center’s The Village, during Los Angeles Transgender Pride Festival last month. Six LAPD units were dispatched to The Village and close to 200 people were forced to vacate the premises. The scene was declared safe roughly two hours after no explosive device was found. This was the second bomb threat targeting the Transgender Pride event that day—however police decided there was no reason for concern. The second bomb threat mentioned the theater by name, which forced the evacuation.  Both bomb threats are currently under investigation. 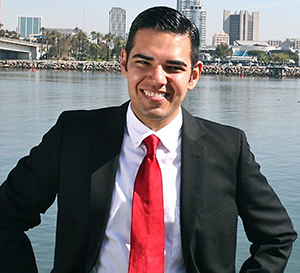 It was a tight race last month between city council member Robert Garcia and real estate investor Damon Dunn, but the residents of Long Beach gave Garcia the lead with 1,000 votes, making him the first openly gay Latino Mayor of Long Beach, as well as the youngest mayor-elect in the city’s history at age 36. “I’m incredibly grateful and honored to have been elected,” Garcia said. “While I understand the historical implications of the win, I’m looking forward to being mayor for all of Long Beach. We are ready to get to work.”

The LA LGBT Center is offering a new free app aimed at encouraging gay and bisexual men to know and share their HIV status with their sexual partners. The “Know and Tell” app encourages men to get tested and also allows users to register for health related services, make an appointment, learn test results and obtain referrals from the convenience of a smart phone. The app is part of a larger awareness campaign, known as “I Know,” which targets Latino and African-American men who have sex with men. 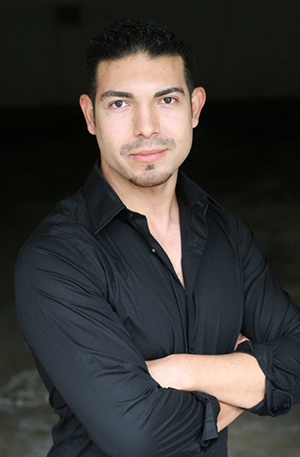 The WeHo skin esthetician arrested for an attempted “murder-for-hire” of a competitor allegedly sought out a white supremacist group to do the deed, reports Wehoville.com.

Los Angeles County Sheriff’s detective Steven McCauley testified last month that Dawn DaLuise asked a man to connect her with a white supremacist group to kill the competitor, who she called a “double-minority Mexican gay.” DaLuise allegedly became upset when Gabriel Suarez opened “Smooth Cheeks,” a competing salon next to her “Skin Refinery,” She was arrested in March and charged with solicitation of murder.

It’s not unusual to see a man come out of the woman’s restroom at the Starbucks in West Hollywood, but a proposal authored by council member Abbe Land could make “single stall” restrooms available to people of all genders. City council adopted the measure at a city council meeting last month. Equal sex restrooms aim to make lines shorter for women who have to wait in longer lines than men do and they would be beneficial to transgender people as well as children being accompanied by a parent of the opposite sex. The City Attorney will draft an ordinance and the city’s Economic Development staff will seek feedback from the business community before the Council enacts the measure.