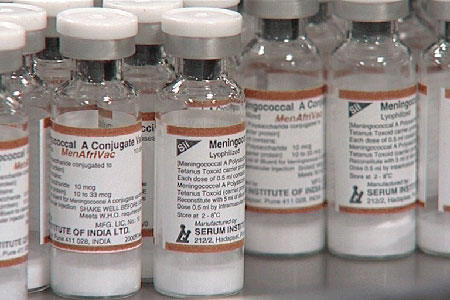 Los Angeles County Department of Public Health released a statement on Wednesday, urging meningitis vaccinations for men who have sex with men.

“Public Health has now confirmed a total of eight IMD cases in Los Angeles County in 2014,” the statement reads. “Of these eight cases, four cases were reported among men who have sex with men (MSM), including three men who were HIV-positive.

According to the report, of the four IMD cases among MSM, three reported either residence in, or socializing around the West Hollywood and North Hollywood areas.  Three were between 27-28 years of age.  The fourth case was 50 years of age

“Based on consultation with the California Department of Public Health and the Centers for Disease Control and Prevention (CDC), Public Health is recommending the Meningococcal vaccine for both HIV-positive MSM (including men who may or may not identify as gay or bisexual) and MSM, regardless of HIV status, whose activities put them at higher risk,” The statement adds.

IMD is a sporadic and uncommon bacterial infection of the blood or the lining of the brain and spinal cord that can affect the entire body. The infection can cause brain damage, hearing loss, and even death. The bacteria can be spread by very close exposure to sneezing and coughing or direct contact with saliva or nose mucus. Disease symptoms may include: high fever, stiff neck, altered mental status, skin rash, severe headache, low blood pressure, aversion to bright lights, and generalized muscle pains. Symptoms usually occur within 5 days of the exposure, but may present as many as 10 days after exposure. IMD progresses rapidly, so immediate diagnosis and treatment is imperative.

The bacteria are not spread by casual contact such as being in the same room as an infected person or handling items that an infected person has touched. Although anyone can get meningococcal disease, certain medical conditions and high-risk activities have been associated with transmission of IMD.  High-risk activities include: sharing a cigarrette or Hookah, sharing the beverage kissing or coughing from an infected, person, or staying in a group setting such as dorms, jails, shelters for a prolonged period of time.

Visit publichealth.lacounty.gov for a list of clinics in the Los Angeles area providing the meningococcal vaccine.