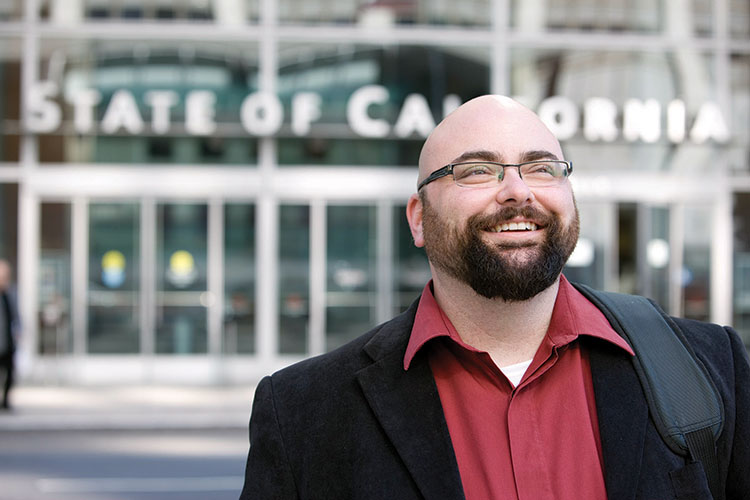 MASEN DAVIS, EXECUTIVE DIRECTOR OF THE TRANSGENDER LAW CENTER: “GIVEN HOW CLOSE THIS IS RIGHT NOW, WE ARE CONFIDENT THIS WILL STAY OFF THE BALLOT.”

> A referendum initiative to repeal a new law protecting transgender students in California survived the first round of a statewide verification process, the California Secretary of State’s office confirmed to media outlets last month.

Officials in the state’s 58 counties will now conduct a full review to verify each of the 619,244 signatures submitted by groups looking to put the question of repealing the new law, which added protections for public schools students against anti-transgender discrimination, before California voters this November, reports BuzzFeed.

In order for the repeal to appear on the ballot, the full count must find at least 504,760 valid signatures – and faces an uphill battle in that count. County officials have 30 days to count the signatures with results due Feb. 24, according to a spokes- woman for Secretary of State Debra Bowen.

The law, Assembly Bill 1266, took effect Jan. 1 and ensures trans- gender public school students are able to participate in sports and other activities and use school facilities based on their gender identity.

Opponents of the referendum say it moves forward with an “incredibly narrow” margin. And just last month, some predicted the referendum effort wouldn’t survive the random sampling process, let alone a full count.

“Given how close this is right now, we are confident this will stay off the ballot,” said Masen Davis, executive director of the Transgender Law Center, of the results.

“We were hopeful that we would see a different result… but we are heartened by the fact that trans youth will continue to have the same protections today that they did yesterday.”

The law has already had a significant impact on policies at school districts throughout the state, according to Davis.

“School districts across the state have already enacted new polices to protect trans students because of this law and the attention that has been drawn to it,” Davis said. “This is not about co-ed bathrooms, this is about making sure educators can sup- port every student. We will continue to support school districts who wish to implement good, commonsense polices to support all students, including trans youth.”