PRIDE WAS A PROTEST! The Impossible But True Story Of Gay Pride. FREE Event! | The Fight Magazine 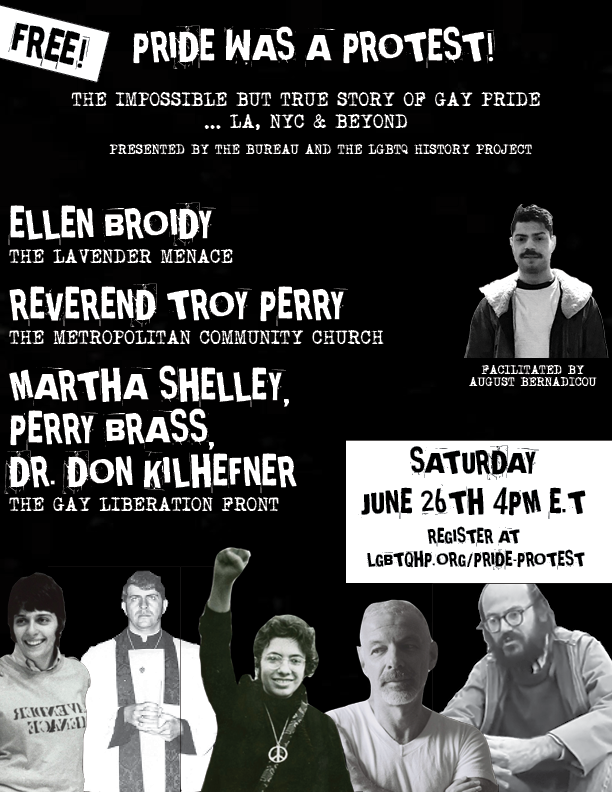 To register go to: https://www.lgbtqhp.org/pride-protest

Ellen Broidy: Proposed the idea of the first Pride march; participated in the Lavender Menace Zap

Reverend Troy Perry: Founded the Metropolitan Community Church, the largest LGBTQ Church with over 400,000 members around the world

Learn history from the original outlaws as they tell their story of fear and running during the first march that became Gay Pride.

To register go to: https://www.lgbtqhp.org/pride-protest