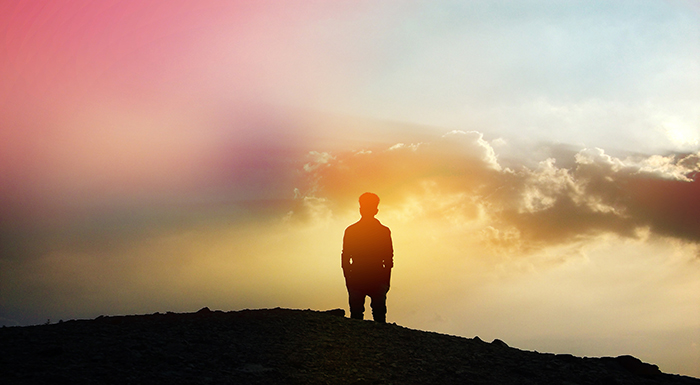 On Saturday, June 5, 2021, the world will mark 40 years since the first five cases were officially reported of what would later become known as AIDS. The U.S. Centers for Disease Control and Prevention’s (CDC) Morbidity and Mortality Weekly Report (MMWR) described the five cases four decades ago. The Department of Health and Human Services takes a look back at the epidemic with this 40-year timeline.

The onset of the HIV/AIDS epidemic had a significant impact in West Hollywood. The disease’s elevated infection rate among gay men caused a devastatingly high number of deaths in the City; the City mourns those who have been lost to HIV/AIDS and honors those who work tirelessly in response to the epidemic. Saturday, June 5 is HIV Long-Term Survivors Awareness Day and the City commemorates this day in honor of the strength and resilience of people living with HIV for decades. Community members are encouraged to view the CDC’s HIV/AIDS museum exhibition.

“The City of West Hollywood has been a leader in the fight against HIV and AIDS. During nearly four decades as an incorporated city we’ve witnessed, first-hand, the devastating impacts of this disease in our community, and we’ve invested in and become home to local HIV/AIDS service organizations and advocacy efforts,” said City of West Hollywood Mayor Lindsey P. Horvath. “After unspeakable heartbreak, we’ve seen so much progress in the fight. Today, we see people who are living with HIV thrive because of extraordinary advances in medications and treatment. But, there’s so much more work to be done. In West Hollywood, we’re working to turn our HIV Zero vision into a reality, and we won’t stop until we can declare that HIV/AIDS is over.”

“As the CDC recognizes the 40th anniversary of HIV/AIDS, I can’t help but remember the friends and co-workers lost to this terrible virus,” said Mayor Pro Tempore Lauren Meister. “But, in addition to these memories, I also have profound hope for the future. Science has made incredible progress. Fewer people are contracting HIV and people with HIV are able to live long and productive lives. I’m proud of the City’s HIV Zero Initiative, which aims to get West Hollywood to zero on many fronts: zero new infections; zero progression of HIV to AIDS; zero discrimination; and zero stigma. I look forward to the day we can say there are zero HIV cases, not only in the City of West Hollywood, but around the world.”

“The significance and memory of that day can be experienced as a longing for a time before, or as an illumination of the present,” said Councilmember John D’Amico. “For me it is a reminder that global challenges often work themselves out in the tragedy and optimism of individual, resilient, human experience.”

“For young people in our community, there has never been a world without HIV and AIDS,” said Councilmember John M. Erickson. “As we remember where our community has been in the fight, we must remember to stay vigilant in our efforts around HIV and AIDS for young people and future generations. Even today, not all people feel safe in accessing HIV prevention, testing, and health services. We must continue to break down barriers and reduce stigma by continuing our commitment to education, awareness, and support as part of ensuring the well-being of LGBTQ+ people.”

“The City of West Hollywood has been a strong advocate for services and resources for people living with HIV and the City continues to advocate to end HIV/AIDS transmission, related stigma, and discrimination,” said Councilmember Sepi Shyne. “During the past four decades we have mourned, fought, protested, reflected, educated, lost and had breakdowns, won and had breakthroughs — and we will continue the fight.”

On Tuesday, June 8, 2021 at 6 p.m., the City’s Human Services Commission meeting will include a panel presentation about the advancement of HIV medications over the past 40 years, as well as an update about the development of an HIV vaccine and cure. Panelists will include Dr. Jay Gladstein, Chief Medical Officer & Site Medical Director, APLA Health Mid-Wilshire; and long-term survivors of HIV/AIDS. The presentation will be available as a livestream to view on the City’s WeHoTV YouTube Channel at www.youtube.com/wehotv.

HIV and AIDS have affected the City of West Hollywood and communities across the nation in a myriad of ways during 40 years and the City recognizes that some of the challenges in responding to HIV in the 1980s remain challenges in 2021 — including stigma. As the City of West Hollywood continues to implement its HIV Zero Strategic Plan, the City’s Social Services Division is seeking feedback from the community about stigma experienced as a result of HIV status, sexual orientation, and/or gender identity. An online survey is available at www.weho.org/hivzero. Residents and members of the community, regardless of HIV status, sexual orientation, or gender identity are encouraged to provide input, which will be helpful to the City in the ongoing implementation of its HIV Zero Strategic Plan. This is the City’s eighth survey regarding stigma. This survey also seeks input about the impact of COVID-19 on access to healthcare. Community members are encouraged to take part even if they have completed a past HIV Zero survey.

During June, the City will participate in a number of outreach efforts. Each weekend, beginning on Saturday, June 5, 2021 through Sunday, June 27, 2021, which is National HIV Testing Day, LA County Public Health volunteers will distribute HIV Self-Test Kits and other prevention materials at the City’s OUT on Robertson zone in a “grab-and-go” COVID-safe protocol in order to prevent gatherings and to be in compliance with Public Health directives. OraQuick in-home HIV test kits will be included in the distribution and individuals will be able to collect and test an oral specimen on their own, with test results available within 20 minutes. In addition, the City’s collaborative provider of HIV and STD Testing services, AIDS Healthcare Foundation (AHF), has relocated its mobile testing unit to Santa Monica Boulevard, across from the OUT on Robertson zone, adjacent to Pavilions. This location has the benefit of increased pedestrian traffic on Saturday and Sunday evenings due to the ongoing OUT on Robertson program.

To commemorate the 40th anniversary of the CDC’s first reported description of AIDS, federal agencies are hosting a series of Live with Leadership Zoom webinar sessions hosted by Harold Phillips, Chief Operating Officer for Ending the HIV Epidemic in the U.S. Sessions include: Community Dialogue: June 5th & Long-Term Survivors on Saturday, June 5, 2021 at 11 a.m. PDT; 40 Years of HIV: Federal Leadership on Thursday, June 17, 2021 at 10 a.m. PDT; and 40 Years of Progress: HIV Testing, Tuesday, June 22, 2021 at 1 p.m. PDT. Information and registration details are available by visiting www.hiv.gov/events/40-years-of-hiv.

The City of West Hollywood has been on the forefront of the fight for as long as the City has been a city. It was one of the first government entities to provide social services grants to local AIDS and HIV organizations. The City sponsored one of the first AIDS awareness campaigns in the country in October 1985 and the City’s response to the AIDS crisis has been recognized as a model for other cities, nationally and globally. The City actively participates in the development of programs that can bring awareness about the HIV/AIDS epidemic and services to people living with HIV/AIDS and the City has announced its vision to become an ‘HIV Zero’ city. The City is currently implementing its HIV Zero Initiative Strategic Plan. For additional information about the City’s HIV Zero Strategic Plan, please visit www.weho.org/hivzero.