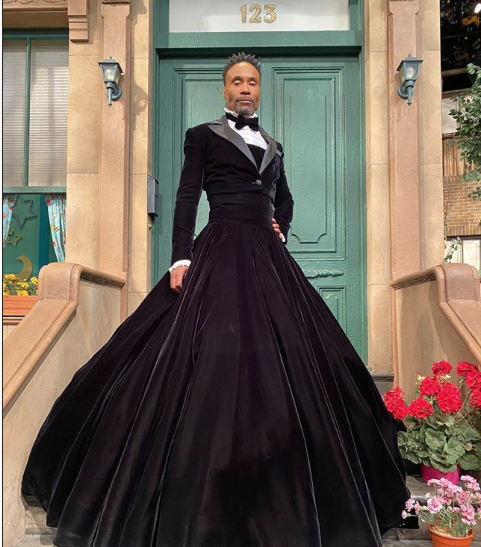 The so-called “One Million Moms,” the virulently homophobic American Family Association subgroup, apparently wants everyone to see Billy Porter’s Sesame Street appearance because lead fussbudget Monica Cole sent out an alert instructing her minions (if there are any) to denounce PBS and its “LGBTQ agenda,” reports Towleroad.

Wrote Cole:  “PBS recently announced that Sesame Street will feature a drag queen activist wearing a gender-bender tuxedo gown in one of its episodes this year… Please take action and help get the word out about this ridiculous use of taxpayers’ dollars to indoctrinate children to the LGBTQ lifestyle.”

‘One Million Moms’ Flips Out Over Billy Porter on Sesame Street: ‘A Drag Queen Activist Wearing a Gender-Bender Tuxedo Gown!’