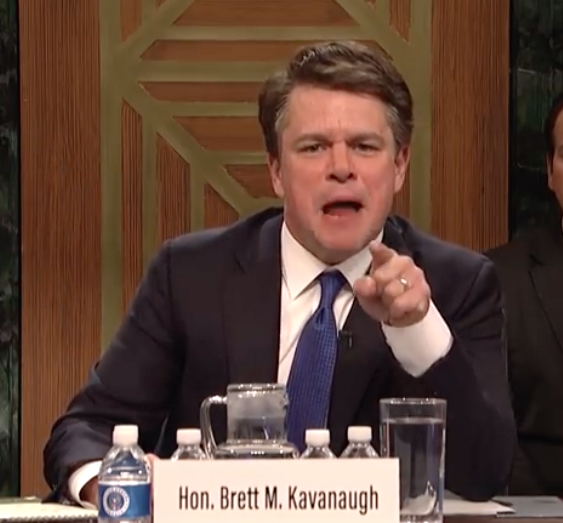 Damon’s Kavanaugh talks about the “con job” orchestrated by people like the Clintons, Kathy Griffin and “Mr. Ronan Sinatra.” Claiming he’s usually a “keg is half-full” kind of optimist, he said that what he has recently seen from the “monsters on this committee makes me want to puke — and not from beer.”