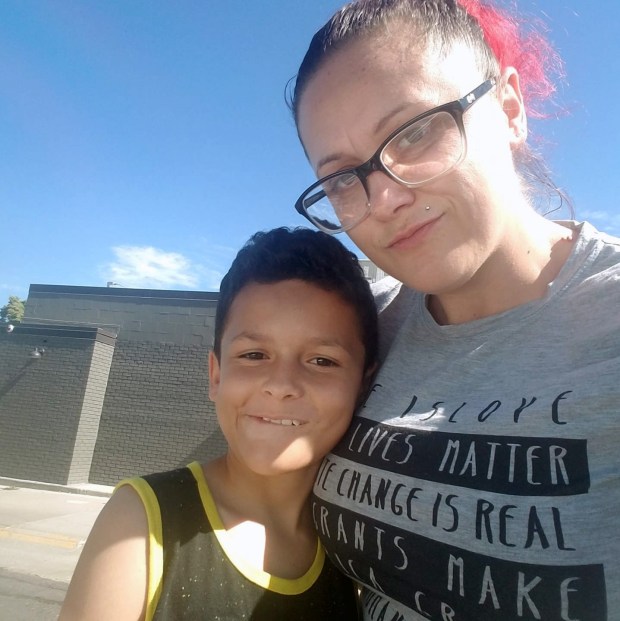 Leia Pierce with her son Jamel Myles, 9. Myles took his own life on Thursday, August 23, 2018. (Photo courtesy of Leia Pierce via Facebook)

A team of Denver Public Schools crisis counselors are meeting with children at Joe Shoemaker Elementary School Monday after a 9-year-old student killed himself, authorities say, reports The Mercury News.

The Denver Coroner’s Office confirmed that Jamel Myles died by suicide, according to spokesman Steve Castro. The time of death was 11:17 p.m. on Thursday, Castro said.

“My child died because of bullying. My baby killed himself,” Jamal’s mother, Leia Pierce, told The Denver Post on Monday. “He didn’t deserve this. He wanted to make everybody happy even when he wasn’t. I want him back so bad.”

Pierce said her son came out as gay this summer and began wearing fake fingernails on Aug. 20, the first day at school.