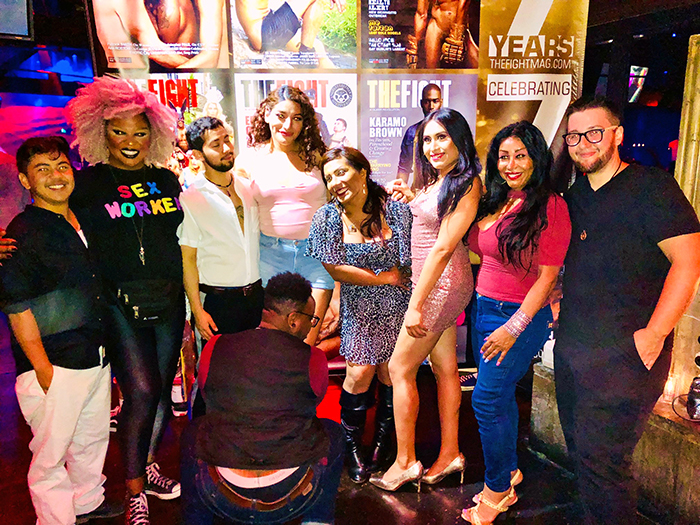 A weekend celebration, the event included speakers, exhibits, and a pre-party at The Abbey in West Hollywood, hosted by THE FIGHT. 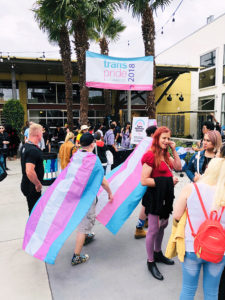 The Los Angeles LGBT Center’s annual Trans Pride L.A. festival, one of the oldest and largest trans celebrations in the country,  took place last month at The Village at Ed Gould Plaza in Los Angeles.

“We’re always thrilled to welcome Trans Pride L.A. back to the Center,” said Gina Bigham, the Center’s Cultural Arts Coordinator and organizer of the festival. “It’s one of our signature events each year at the Center and a wonderful opportunity to bring Southern California’s trans and gender non-conforming communities together to celebrate our strength and resilience.” 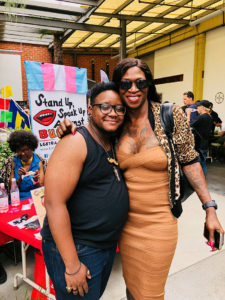 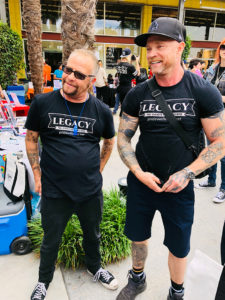 The event coincided with the opening of Let Me Show You Something Beautiful, an art exhibit in The Village’s Advocate & Gochis Galleries, featuring the photography of Academy Award-nominated filmmaker/photojournalist Kimberlee Axcquaro.

The celebration also included a self-defense workshop; a clothing swap sponsored by TransTribe Los Angeles; and a discussion with gender nonconforming/nonbinary panelists.

A day before the event THE FIGHT magazine hosted the Trans Pride LA Pre-Party at The Abbey in West Hollywood.