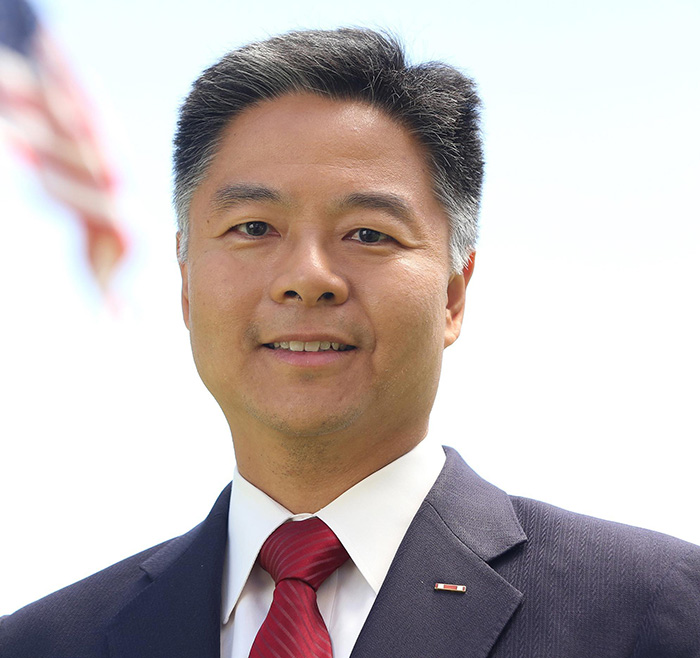 Rep. Ted Lieu, D-California: “No evidence a trans sniper is less accurate or a trans pilot is less effective.”

President Trump released an order last month banning most transgender troops from serving in the military except under “limited circumstances,” following up on his calls last year to ban transgender individuals from serving.

The White House said retaining troops with a history or diagnosis of “gender dysphoria”—those who may require substantial medical treatment—“presents considerable risk to military effectiveness and lethality.”

The supposed impetus for the ban—that trans people are physically and mentally compromised and that their health costs are too extreme for the military’s $600 billion annual budget—have already been refuted by studies completed during the Obama administration, reports The Advocate.

Rep. Ted Lieu, D-California, tweeted about the “stupid bigotry from @realDonaldTrump,” writing, “As a veteran who served on active duty, we focused on the mission. We didn’t care if you were transgender, bald, gay, or had freckles. No evidence a trans sniper is less accurate or a trans pilot is less effective.”

Democrats on the House Armed Service Committee said that the president’s decision is “vicious, inhumane and utterly wrong,” and they pointed out, “There are scores of transgender men and women serving in the military right now, under a policy that had already been established & vetted by DOD and validated by the courts.”