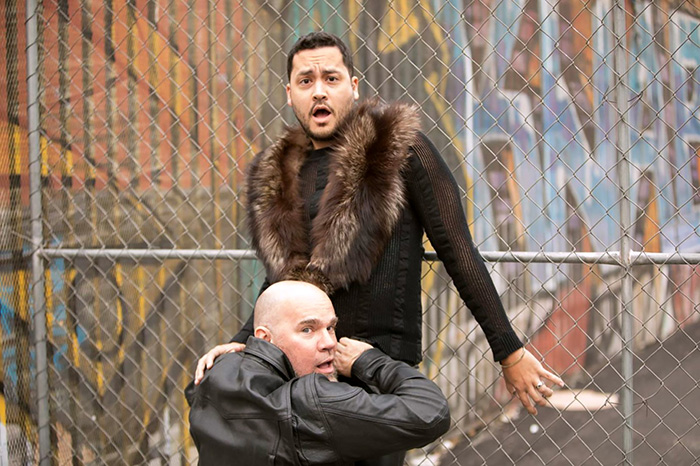 Your hosts at The LA Leather Pride Contest.

Jeremy Oliver-Ronceros is a man of accomplishments and qualities. He has some that are great and few that are bad. Many have argued over which is which. His humility and ability to accept love are amongst his most hotly debated attributes…which is awesome. As the co-emcee of LAL 2018, he promises to do his best, all things considered. He loves to play onstage and is delighted he was asked to do so. After all, he loves to stand in the spotlight and then thrust it onto others, often forcefully.

When we asked Jasun Mark for a bio, he said we’d “have to wait for the statute of limitations to run out,” so we tried googling him. That resulted in 16 pages of naked selfies and a list of over 100 movies he directed for Titanmen and various other gay porn companies over the last 15 years. It also resulted in us being banned from using the internet at the public library, so… don’t google Jasun at the public library. By day, Jasun works as a healthcare educator and risk reduction specialist and by night he claims to be Batman. We apologize in advance for including him, we promise to get someone more respectable next year.