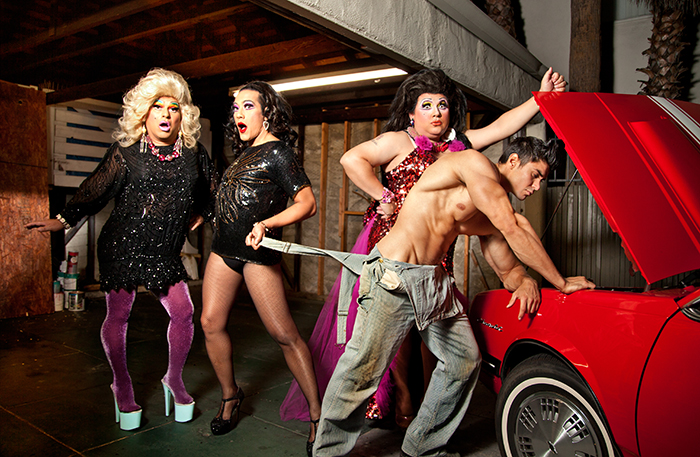 The angels define their brand of comedy as “The Three Stooges in Dresses.”

“We have a great time with physical comedy and we love to mix it with humor drawn from ethnic backgrounds, racial stereotypes, gender stereotypes and never-ending references to the pop culture we love. We love to laugh at ourselves and we find, in turn, that makes us more relatable to the audience,” says Quintero in an interview with THE FIGHT.

For the past few years Chico’s Angels have been working with Los Angeles County Department of Public Health’s Division of HIV and STD Programs on the L.A. Condom Campaign in addition to performing at various AIDS related charities.