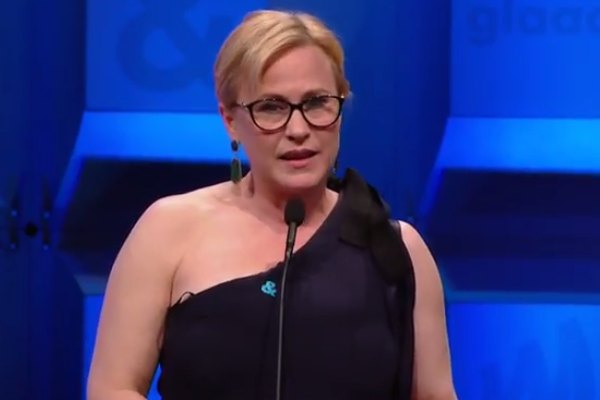 In her acceptance speech, Patricia Arquette called out Attorney General Jefferson Beauregard Sessions III and the Department of Justice for ignoring a letter from six Democratic members of Congress calling for a federal hate crime investigation into the pattern of murders of transgender women. “Can you hear us, Jeff Sessions?” she said, adding that, “You don’t need to have a trans family member, or a gay friend, or a questioning kid for this to affect you. It doesn’t matter what color or gender or faith you are. So many marginalized groups are under attack. When one of us is vulnerable, all of us are vulnerable.”

“Alexis challenged the movie industry at its core. She had a very successful career as an actor. Alexis knew she was risking losing work by living her truth. That she would lose parts by living as a trans woman. She risked it all because she couldn’t live a lie. Whatever mark I have made in this life in activism will always pale in the light of Alexis’s bravery. She did not knock on the door of progress. She kicked the door open.”