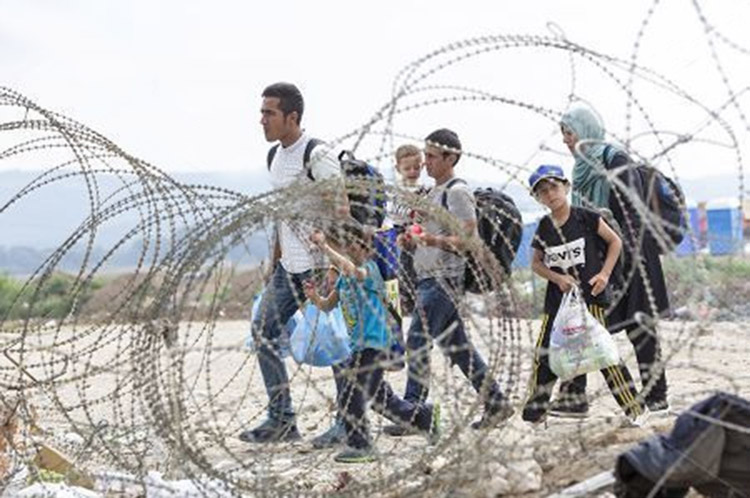 U.S. immigration law and the new Trump presidency: what you need to know.

After barely a week in office, Donald Trump has already sent shockwaves throughout the immigrant community with a string of incendiary announcements. From his executive order authorizing the construction of a border wall, to his decision to temporarily ban travelers from several Middle Eastern countries, Trump seems to be making good on the hardline immigration stance he adopted in the election, leaving many families anxious over how they might be affected.

At the same time, Trump has caused deep alarm among LGBT advocates after stacking his administration with some of the country’s most anti-gay politicians. Chief among them is Vice President Mike Pence, notorious for his defense of “gay conversion therapy” and Don’t Ask, Don’t Tell. This resurgence of homophobia at the highest levels of power has raised fears throughout the community, with many worried Trump will try to turn back decades of hard-fought progress on issues like marriage equality.

Now, legal and political experts are scrambling to predict what other policies Trump might pursue. While much is still up for speculation, several issues have already emerged as potential flashpoints, many of which stand to impact both immigrants and the LGBT community. Here are three key things at stake:

After decades of recognizing only heterosexual marriages for immigration purposes, U.S. Citizenship and Immigration Services reversed its policies following United States v. Windsor, in which the Supreme Court ruled that both same-sex and opposite-sex unions legally qualified as marriage. This victory opened the door for American LGBT citizens to sponsor their foreign, same-sex spouses for immigrant visas and Green Cards, changing the lives of thousands of families.

Trump’s victory, however, has left many questioning whether these protections will remain in place. So far, most legal experts believe Trump is unlikely to try dismantling these newly-won rights for LGBT Americans and their foreign spouses, arguing that any attempt to deny immigration privileges to same-sex couples would be quickly struck down in court. In other words, it will be business as usual…for now.

The real danger, however, could lie in the future. Thanks to an unfilled vacancy, Trump will have the opportunity to appoint at least one new, socially conservative justice to the Supreme Court, which could tilt the court’s delicate balance between liberal and conservative judges in favor of the right-wing. Should a new legal challenge to same-sex marriage arise, this recomposed Supreme Court might strike down its former rulings around marriage equality, taking us back to the “bad old days.” For this reason, if you are a foreigner currently living or working in the U.S. and are married or engaged to a same-sex American partner, but do not have legal status, you would be wise to file your case as quickly as possible, in order to get your visa approved before any major legal shifts take place.

The selection of Alabama Senator Jeff Sessions as Attorney General has also sparked criticism from immigration rights advocates. Sessions has a long record of attacking legal immigration frameworks like the H1-B visa for skilled workers, asserting such programs “steal jobs” from American workers (a claim strongly disputed by many labor market experts). In keeping with this rhetoric, Sessions has advocated for restrictions that would lower the number of legal visas issued each year.

Under Sessions, the Justice Department could very well increase its scrutiny of employers who hire foreign workers through such visa programs, imposing onerous rules that make the visa process more difficult and time-consuming for both business-owners and applicants alike. The overall effect would be to create a more hostile environment in which applications are approved less quickly and less often, making it harder for foreign workers (including LGBT folks) to gain lawful employment in the U.S.

Implemented by Obama in 2012, the Deferred Action for Childhood Arrivals (DACA) program postponed deportation for more than 750,000 undocumented immigrants whose parents brought them to the U.S. as children.

Now, DACA looks likely to be one of the first casualties in Trump’s push for radical immigration reform. Trump has repeatedly expressed his intention to scrap the program through executive action, and many analysts expect him to make such a move within his first few months in office. A reversal of DACA would leave a substantial segment of the immigrant population newly vulnerable to deportation, making their future highly uncertain. In a region like California that is home to so many immigrants, any reversal of DACA would be profoundly disruptive, and likely to impact many individuals with LGBT identities.

Overall, the next four years promise to be a very challenging time for LGBT immigrants, their families and their allies. It will be up to the legal community to remain vigilant in anticipating these challenges, and developing strategies to respond to them.