We Are Everywhere | The Fight Magazine 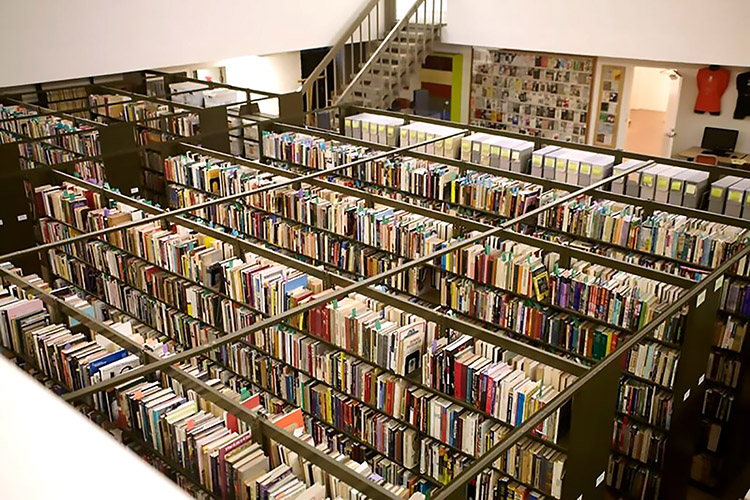 The One National Gay and Lesbian Archives at the USC Libraries: the oldest continuing LGBTQ organization in the United States, here in Los Angeles. 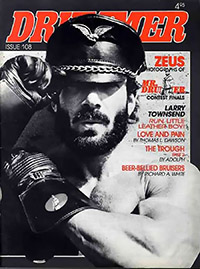 Nestled in what used to be a Delta Tau Delta fraternity house at USC lives the largest repository of LGBTQ materials in the world.

The ONE National Gay and Lesbian Archives at the USC Libraries also happens to be the oldest continuing LGBTQ organization in the United States, right here under our noses in sunny Los Angeles. Michael Oliveira, one of the archivists, was gracious enough to give me a tour of the facility. We peered through decades of LGBTQ history neatly categorized on the shelves; copies of LGBTQ publications—magazines, newspapers, documents, letters, personal papers.

Jim Kepner, a leader of the Gay Rights movement, was an obsessive collector of these materials; his desire to preserve our history manifested itself in a tremendous collection and library, which then merged with ONE Inc’s own records and library, snowballing into the staggering depository that stands today. 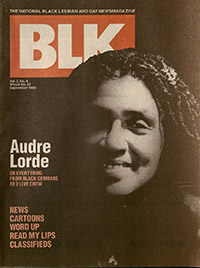 We examined the pamphlets and thrilling serials from the 50s and 60s, tales of vixenish Lesbians snatching housewives, only to meet with bitter disaster and peril, all the coded language with which homosexuality of the time shrouded itself.  A copy of BLK Magazine (“Young, Gifted and Fierce”), gay “directories” (“Before the days of Grindr,” Oliveira chuckled) and an immense collection of erotic photographs (of course) featuring athletes in poses with their nether-regions delicately covered by minuscule tarps nabbed our attention for some time. There are signs from protests throughout the Gay Rights Movement and even, sitting austerely on a shelf, a conversion therapy device eerily marked with a cartoon bee (a “bug in the ear”)

There is a tremendous power that lingers in the air among the millions of photographs, books, individual pieces of a history that more than a few would like to see erased…

The ONE Archives Foundation also produces shows in its gallery; coming up is Die Kranken: Sprayed with Tears, which will feature new work inspired by the archive’s materials on Southern California’s gay motorcycle clubs. “The group’s name, translating to “the sick” in German, references both the historical pathologization of homosexuality and the pandemic of a generation of gay men, while nodding to the Blue Max, a local motorcycle club founded in 1968.” The show will be open from February 11th to April 9th, with an Opening Reception on February 11th from 6-9pm. In September, the Archives will also present Axis Mundo: Queer Networks in Chicano L.A.

Back in the main room, which features the enormous library of books and novels and where visitors can examine the titles (materials can’t be taken out of the archive, but can be viewed on site), a young man named Devlyn Camp sat, poring over letters and documents from the Mattachine Society. “It’s like Christmas,” he beamed. Devlyn Camp (one of those names you have to say in its entirety) is starting a podcast that will chart the origins and progression of the Mattachine Society and the ONE Archive is the perfect resource for his work.

I would highly recommend taking a visit to this noble institution, which is free and open to the public. Peruse the books, request to see a magazine, connect to the history forged by generations of revolutionaries whose legacy we must continue to fight for in the coming years, months, days, hours of this unsettling period.

There is a tremendous power that lingers in the air among the millions of photographs, books, individual pieces of a history that more than a few would like to see erased, but thanks to organizations such as the ONE National Gay and Lesbian Archives at the USC Libraries here in Los Angeles, our story only grows and thrives, continuing to boldly assert that we are here, We Are Everywhere.