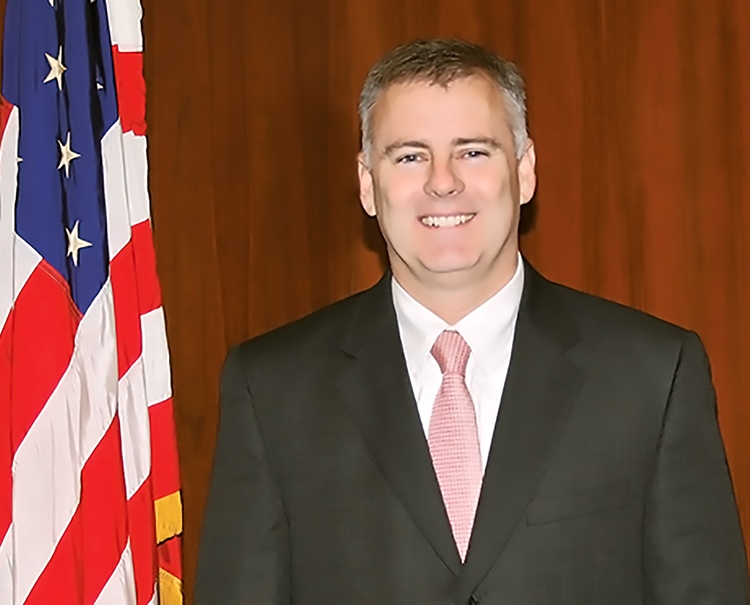 A conservative federal judge in Texas—Reed O’Connor—has ruled that the Obama administration may not dictate how individual states choose to interpret Title IX’s ban on sex discrimination in public schools.

I’d like to apologize to my readers for the nonchalant attitude I brought to this assignment last month. I always go back and read the previous month’s column in order to see what I may have covered already, and I had not realized until this moment that I delivered an incoherent, slap-happy piece of rambling nonsense and blamed it all on “vacation” and “day drinking.”

Forgive me, and know that I am back in the real world where Lambda Legal has just announced it will ask the U.S. Court of Appeals for the Seventh Circuit to rehear a Title VII workplace discrimination suit en banc.

What? You’d like to return to the beach and continue last month’s discussion of the lesbian high school teachers in Brooklyn who were caught having sex in an empty classroom during an evening student concert? The ones who insisted they had to disrobe in order to deal with an episode of diabetic shock?

Don’t you realize that this incident took place five years ago? It’s over!

But listen. The Seventh Circuit case is important, because the LGBT legal community had been waiting for nine months to see how this federal appellate court would rule in the case of a lesbian teacher, Kimberly Hively, who could not advance in her job at an Indiana community college. Hively, who blamed her situation on antigay bias, was trying to argue that Title VII’s ban on sex discrimination in the workplace should include sexual orientation bias even though those words do not appear in the 1964 statute. It’s an argument that our community has been advancing for years, and one that we are starting to win.

So we were on the edge of our seats! What would the judges say? Why were they taking so long to decide?

Finally in early August, the three-judge panel more or less ruled that—although they agreed with Hively that Title VII should cover gay bias—they were nonetheless bound by their own Seventh Circuit precedent to the contrary.

The 12 federal appellate courts, one rung down from the U.S. Supreme Court, create binding law for all federal courts in their jurisdiction, and here, unfortunately, the U.S. Court of Appeals for the Seventh Circuit had already made clear that the words “sexual orientation” do not appear on the law books, ergo gays and lesbians are not protected against workplace bias.

Not even another Seventh Circuit three-judge panel has the right to disagree, but the entire court sitting <<<en banc>>> as they call it, can overturn an earlier precedent. This is what Lambda has now asked the court to do.

The court is not obligated to say yes, but it might. If it does, we have a good chance to win, and such a victory might also withstand High Court scrutiny. I know they haven’t hatched yet, but I’m seeing a lot of chickens out there. They’re all rainbow colored and they all have tiny glasses of vintage Champagne in their little claws.

Except for the little brown one with the Campari and soda. What’s he up to exactly?

I have a ton of other legal news for you. As I said, I reviewed my previous column and determined that, indeed, I did cover some of our ongoing cases, particularly the ones that revolve around whether or not Title IX’s ban on sex discrimination extends to gay or transgender people. (The same arguments that we use for Title VII apply to Title IX. Title VII covers sex bias in the workplace. Title IX covers sex bias in public education.)

Here’s what I said last month: “…since there are now a zillion lawsuits surrounding the myriad questions of trans-rights, Title IX funding, privacy, the preemption of civil rights laws post-Romer, and the like, I’m not even sure exactly which…lawsuits I’m writing about. And nor do I care. It’s August!”

I quote myself only to make the point that, even as August dissolves into the mists of time, the complicated state of our legal affairs persists. Further, in view of our lackadaisical attitude last month, I think we are overdue for some serious analysis.

First, the passage of North Carolina’s anti-trans and anti-gay HB2, back in March, triggered a number of the “zillion” lawsuits. But before HB2 was even a gleam in the eye of Tarheel lawmakers, there was a related lawsuit that had been creeping through the federal court system since 2014. In this case, GG v Gloucester School District, Gavin Grimm, a transgender high school boy, was seeking the right to resume his use of the boy’s johns and locker rooms. Gavin had no problem until a parent complained and the Virginia school district announced a new policy to block him from the facilities.

So Gavin sued— back in 2014— and his case was dismissed. He appealed to the U.S. Court of Appeals for the Fourth Circuit, which governs not only Virginia, but—by coincidence—North Carolina as well.

Last March as you recall, North Carolina’s HB2 was passed and signed in a single day, forcing all public institutions including public schools and state universities to block transgender men and women from their normal restrooms. A week or so later, in the Gavin Grimm case, the U.S. Court of Appeals for the Fourth Circuit ruled that this kind of policy violates federal law! Usually, when a controversial law is challenged in court it takes years to wind its way through the system. But here, even though Gavin Grimm’s case was not a direct challenge to HB2, the principles were similar and the North Carolina law was essentially doomed by the courts just days after passage! Yes, there are many more legal hoops to jump through, but thanks to the Fourth Circuit, their circumferences are massive.

So last month, the Virginia school district asked the Supreme Court to hear the appeal of the Grimm case. The Court has not considered the request, but it did agree to set aside the Fourth Circuit’s pro-trans ruling pending a decision. That’s an abysmal move by the justices (many people say) and it was due to Justice Breyer, who provided the fifth vote to the conservative side as a “courtesy.”

On the flip side, another federal judge ruled in favor of Lambda Legal, the ACLU of North Carolina, and Equality North Carolina, freezing HB2 in so far as it impacts three plaintiffs in our challenge to the law. This is nice, but this is also just three people. Lambda has asked the judge to expand the injunction to cover everyone in the state.

And back on the other hand, in another one of those zillion lawsuits, a conservative federal judge in Texas—Reed O’Connor—has ruled that the Obama administration may not dictate how individual states choose to interpret Title IX’s ban on sex discrimination in public schools. Obama’s Justice Department and Education Department have both made clear in a letter that Title IX should prohibit trans-discrimination. The letter provoked a dozen or so states to line up behind Texas and file suit against the administration. Another bunch of states have joined up with Nebraska for a suit of their own.

Now can we go back to day drinking on the beach?