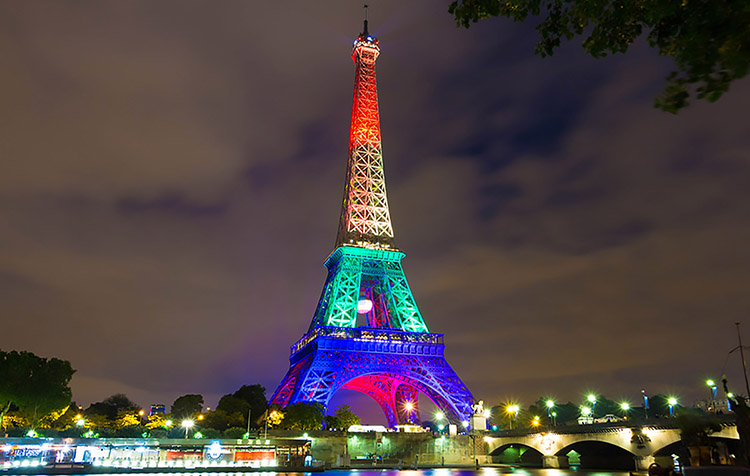 The country and the world mourned our loss with flags at half staff and rainbow colors in the public square. When 32 gay men and women died in the 1973 New Orleans arson attack, the media took little notice. Decades later comes a tragedy to illustrate that we are no longer outcasts; we too are grieved. I suppose that’s something.”

Since last we met, dear readers of THE FIGHT, four dozen of our brothers and sisters have been mowed down in a Florida nightclub,

Hillary Clinton has consolidated her position as the Democratic nominee, and Britain has abandoned the European Union. And here I am, about to launch into a discussion of federal court cases, or maybe take note of the fact that the Stonewall Inn has been declared a national landmark.

I’m also wondering why talcum powder suddenly causes cancer, and whether or not the word “moist” deserves its position as “most disgusting word in the English language.” How do you rank vocabulary on emotional criteria in the first place?

Yet none of these concerns seems appropriate given the miasmic atmosphere that suffused the month of June. Orlando; a sick mix of unchecked violence, pathological homophobia and twisted faith. The election; a worrisome test of our nation’s basic decency. Brexit; after half a century, perhaps the end of our dream of a united Europe.

But duty and deadlines summon us nonetheless. And in these pages, our focus on GLBT news transcends all.

Already Orlando is fading, decomposing into a pastiche of American corpses gunned down by enraged nihilistic men with military style weapons. I wrote about it earlier for the San Francisco Bay Times, siding with those who see no point in examining the motive for this—or any other—of our national massacres. The racist in Charleston, the misogynist in Santa Barbara, the lunatic in Newtown, the maniac in Aurora. The mass shooters all have their rationales, and the Orlando killer had gay hatred high on his list. But their explanations do not deserve our scrutiny anymore than crazy voices in people’s heads deserve a thoughtful hearing.

Attacks inspired by ISIS give us pause. But while the Orlando killer used ISIS as a hook to hang his hat, his background revealed a undifferentiated attraction to violent groups, including some of ISIS’s main enemies. This was no terrorist. This was yet another madman with a long gun bent on mayhem.

That said, the man attacked us, the GLBT community. Every one of us has spent many a summer night at a bar like Pulse. We could all imagine the scene in perfect detail. We could all see ourselves there, bleeding out on the dance floor, hiding in the bathroom, desperately trying to text our friends, our parents, our kids. If Orlando happened in our town, we would all know someone who died. If not, we would see the photos after the dust had settled and find the faces of some people we never met but saw a dozen times or more.

And unlike the reaction to the fire at the UpStairs Lounge some 40 years ago, this time the country and the world mourned our loss with flags at half staff and rainbow colors in the public square. When 32 gay men and women died in that 1973 New Orleans arson attack, the media took little notice. Decades later comes a tragedy to illustrate that we are no longer outcasts; we too are grieved. I suppose that’s something.

I could not help but notice that the Supreme Court has refused to review a case that asks whether or not the state of Washington has the right to insist that all pharmacies sell the morning-after pill regardless of religious objections, leaving the state law in place. Obviously, the central issue here is identical to that of a bakery that seeks to reject gay wedding cakes despite state anti-discrimination law. And yes, some of those cases are, or will be, seeking High Court review so it’s encouraging to have the majority give us an implicit thumbs up. Note that Washington maintained that an individual druggist could decline to fill the morning-after prescription as long as the store itself provided the service through another clerk.

As you probably know, it takes just four justices to agree to hear a case. This time, all three conservatives hankered to take the case. Writing for himself and his two cohorts on the right, Justice Alito said the denial of review was ominous. “If this is a sign of how religious liberty claims will be treated in the years ahead, those who value religious freedom have cause for great concern,” he wrote. Oh, and I think we all know what the Court would have done with this case had Scalia been seated.

The Washington case seems more complicated than most of our bakery wars, involving various rules about when pharmacies can refer customers to nearby alternatives rather than be obliged to stock every drug under the sun. Despite those regulations, the state had no tolerance for stores that sought to refer people elsewhere based on religious or moral grounds. As a result, all pharmacies had to keep supplies of Plan B on the shelves. Was this an unfair twist in state law at the expense of religious actors? Well, I guess we’ll never know because the Court washed its hands of the whole thing and let the law stand. Yay! Take that Hobby Lobby. Bam.

As you read this issue, the military’s ban on transgender troops has come to an end, effective July 1. I’ve never been keen on joining the military myself, but we all applaud when discriminatory barriers fall. Ooo rah.

Also, the Pope said something nice about us again. Something about how Catholics owe the GLBT community an apology, right? Thanks Pontiff. And North Carolina lawmakers are busy as bees trying to make micro tweaks in the state’s anti-trans law which as far as I can see will have virtually zero impact on the statute.

Lawsuits are piling up against the fraught policies of North Carolina and Mississippi, and the powers that be in Virginia have announced plans to appeal the pro-trans ruling out of the U.S. Court of Appeals for the Fourth Circuit. That decision, announced in March, gave a high school transboy the right to use his school’s locker room and bathroom facilities. After the Fourth Circuit refused to reconsider their ruling, the Virginia school district now says it will ask the Supreme Court to review the case.

Oh, there’s more. There’s more legal news, but there always is don’t you think? And yet, we don’t always have the inclination or the space to soldier on. Next time.