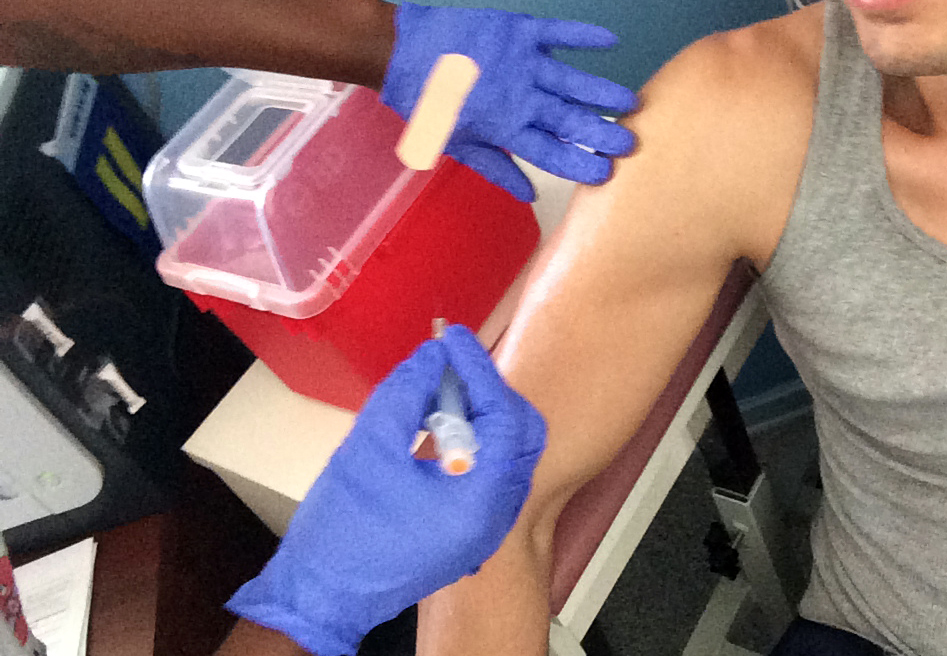 According to reports, eight of the 17 people infected with IMD in the county of Los Angeles (including Long Beach)
self-identify as gay or bisexual men. Throughout 2015 only 12 people were diagnosed with IMD and just one of them identified as gay or bisexual, but two years ago county health officials raised the alarm regarding the disproportionate risk of IMD infection among gay/bisexual men in Los Angeles following the death of three gay men.

“The recent outbreak of invasive meningococcal disease in the Los Angeles area reminds us that, even though the number of cases is still small, gay and bisexual men continue to be infected at a higher rate than the general population. HIV infected individuals also appear to be at higher risk,” said Los Angeles LGBT Center Medical Director Robert Bolan. “To clear up any ambiguity, we think the message should be simple. If you are a gay or bisexual man or a transgender individual, you should receive the meningococcal vaccination. HIV uninfected individuals only need a single dose of the vaccine.”

Additional sites offering the vaccine are listed on the county health department’s website at:
http://publichealth.lacounty.gov/ip/Docs/meningitisclinics.pdf. Three of the most popular mobile apps used by gay/bisexual men to meet other men—Grindr, Scruff, and Hornet—have committed to collaborating with the Center to boost awareness of the risk of IMD infection to their users in Los Angeles and to promote vaccinations.

DPH reports that IMD is a sporadic and uncommon bacterial infection of the blood or the lining of the brain and spinal cord that can affect the entire body. The infection can cause brain damage, hearing loss, and even death. The bacteria can be spread by very close exposure to sneezing and coughing or direct contact with saliva or nose mucus.

Disease symptoms may include: high fever, stiff neck, altered mental status, skin rash, severe headache, low blood pressure, aversion to bright lights, and generalized muscle pains. Symptoms usually occur within 5 days of the exposure, but may occur up to 10 days after exposure. IMD progresses rapidly, so immediate diagnosis and treatment is imperative. If you are symptomatic, you should see your healthcare provider or go to the emergency room immediately.