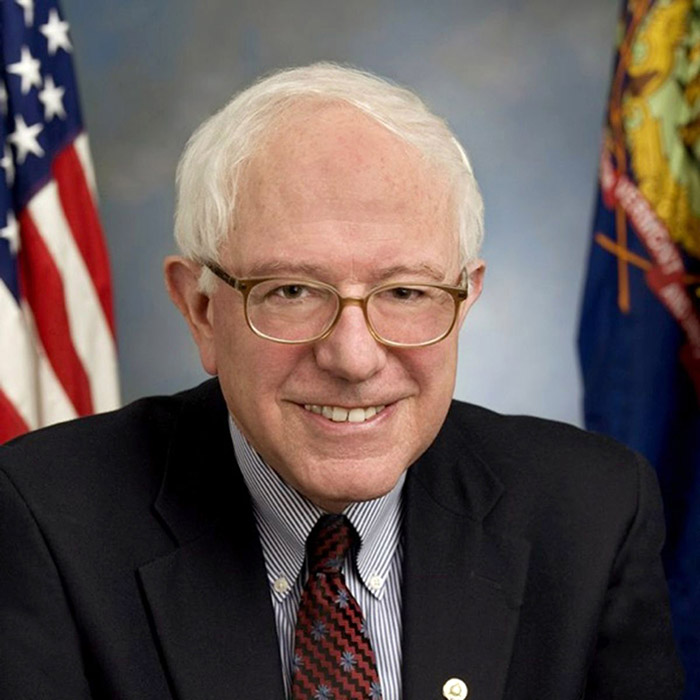 When we were under 30, we all rooted for the Sanders of our generation. We all thought our guy was special. We all thought the “establishment” candidate was more of the same. We all wanted the idealistic underdog to win. It’s what you do if you’re a Democrat…That said, we never sent death threats.

There are a number of complicated stories twisting through the LGBT news world in the last couple of weeks, and yet, I have not been in the mood for news unravelling. I’m more in the mood for antic commentary or deconstructing television commercials or maybe, just maybe, a lesbian sociopath on the run.

But no. What do we have instead? We have a lawsuit from about a dozen states accusing the Obama administration of exceeding its authority by issuing what Obama et al called “special guidance” on the scope of federal civil rights law. The guidance (which said existing laws against sex discrimination also prohibit bias on the basis of gender identity) is indirectly linked to the denial of federal funds—emphasis on indirectly. In theory, if a school were to thwart the Obama administration’s view of the law, it could lose federal subsidies. But here’s the thing. Nothing has actually happened as a result of this recent letter, so there are no grounds at present to file a federal suit. It’s premature and could arguably be dismissed for that reason.

And if that’s not enough, it comes on the heels of about six other federal lawsuits, all concerned with gender identity discrimination and the like. Really?

Meanwhile, how about the dust up between Bernie Sanders and AIDS activists over a meeting that took place between the campaign and activists representing some 70 or more AIDS groups, notably not including the controversial AIDS Healthcare Foundation?

Tangent: I remember years of trying desperately to parse competing ballot measures for the endorsement pages of the San Francisco Bay Times back in the day. It was a nightmare. That proposal to ban horsewhipping children under the age of ten? Well, if you read the fine print it actually deregulated the home insurance industry. Now, I don’t live in California anymore, but I know better than to take a position on the “California Drug Price Relief Act,” a nice sounding initiative launched by the aforementioned AIDS Healthcare Foundation, that has other leading AIDS activists tied up in knots, with many fearing that the measure will cut access to existing and future medications.

At any rate, the dicey subject of the Drug Act was raised briefly at the end of this Sanders meeting, after which the Sanders campaign inexplicably issued a press release announcing his support for the Act and implying that the Act was the reason for the activists’ desire to meet in the first place.  In other words, Sanders or his staff were either clueless, didn’t pay attention to the participants, and/or didn’t bother to research the ballot measure beyond a cursory glance at the title. Then, when famed activist Peter Staley posted a pissed-off comment, a Sanders aide replied by falsely accusing Staley of being in the pocket of “Big Pharma” and all hell broke loose as the rest of the AIDS activist community leapt to Staley’s defense. Woah, Nelly!

Finally, my last confusing example concerns the gay rights amendments to various bills in the House of Representatives. One failed, but another passed, got attached to an energy appropriations bill, and then sunk the main bill. I suppose I should delve into that legislative abyss as well.

It’s not a new question, and as we’ve discussed in the past, many recent courts have determined that the answer is yes, discrimination based on gender identity is a form of illegal sex stereotyping. It’s settled law that if you discriminate against a masculine woman or an effeminate man, you are violating statutes against sex discrimination. And is there a better example of sex stereotyping than singling out transgender men and women for unequal treatment? No.

With all these lawsuits milling about, it’s likely that this big question will reach the Supreme Court within the next couple of years. The Supreme Court, through an 1989 case, is itself responsible for the whole notion that sex stereotyping is an illegal form of sex discrimination to begin with, so there’s that. I assume that a Clinton Court would likely confirm its own precedents, while a Trump Court would find a way to undermine the entire history of sex discrimination jurisprudence.

As for Bernie, I’ve always been a Hillary supporter, but I used to like Sanders as well.

But as time goes by, the guy has started to irritate the hell out of me with his cranky arrogance verging on narcissism.

It’s clear from voter turnout that Sanders has not inspired a “revolution,” but has instead done what people have done in every Democratic primary that I can remember save 2008. Namely, he has run a campaign to the left of the eventual nominee, generating support from the liberal faction and the youth vote. McCarthy, Hart, Jackson, Kennedy, Brown, Bradley, Dean, there’s always such a candidate and Sanders is the latest in a long line of leftist champions that most good Democrats appreciate and admire. Obama was the exception, inspiring the party from tip to center, but Sanders is not Obama by any means. Indeed, his constituency is on the narrow side, mostly white and heavily under thirty.

Ask any older Democrat. When we were under 30, we all rooted for the Sanders of our generation. We all thought our guy was special. We all thought the “establishment” candidate was more of the same. We all wanted the idealistic underdog to win. It’s what you do if you’re a Democrat.

That said, we never sent death threats. And when our guy eventually dropped out, we voted for the Democratic nominee, with the notable exceptions of the Democrats who voted for Nader in 2000. Thanks for nothing, guys. I’ve often wished I could visit an alternate universe and see what the world would be like in 2016 if Al Gore had won. No Iraq War. No recession. Just imagine. At any rate, elections matter.