Folks with different lengths of recovery on gay sobriety in Los Angeles. 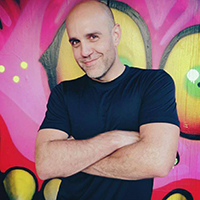 “My sober life in LA is pretty amazing. There is such a huge network of sober gay men in Los Angeles. An important part of sobriety for me is that I am still able to have fun. I thought when I made the decision to stop drinking that my social life was over. Everything I did revolved around drinking. I couldn’t have been more wrong. The fellowship here is awesome. There is literally always something to do–sober birthdays, movie nights, dinners, volunteer work, hiking, and more. I completed my first ALC [AIDS Life Cycle] ride from SF to LA and I ran in my first Spartan race this past year. All of these things are possible because I am sober today. I really haven’t faced too many challenges in sober LA. At least not any that I would consider bad. The only challenge for me is sometimes there is too much to do and not enough time to do it. I try to create a fair balance of sobriety, work, family and friends. Sobriety always comes first though. Without it, I have nothing.” 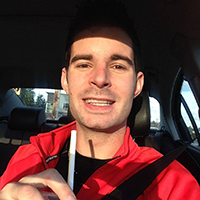 “I believe Los Angeles has more resources for people in recovery than probably most cities. It’s not a bad place for LGBT people to get help when they are new. I grew up in Reno and it’s a much smaller place, but it doesn’t seem like there are that many resources dedicated towards gay people except for a couple of gay meetings. I think it’s important for people to have friends and support from like-minded healthy people in order to stay sober in Los Angeles. What I found challenging in L.A. is life after rehab—when you live in a sober living and try to keep up with the demands of the house rules, while working full time and going to several meetings a week—that was way too much on my plate. It was almost dangerous and could cause an aversion to recovery and I can see it causing people to go back out. I also found it challenging to go to meetings in Los Angeles because of the redundancy of the sober meetings with their same format.” 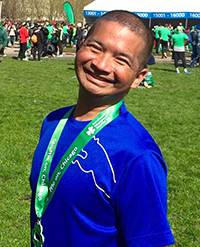 “I live in Chicago, but I work for an airline, so I travel for fun. I go to Los Angeles a lot. The sober gay community in Los Angeles is huge. The gay meetings are monstrous compared to Chicago. When I first started going to L.A., I didn’t really know anybody, but I built my ‘L.A. family’ who I love. I maintain my relationships and make new ones every time I go. I miss it when I’m not there. I am grateful that I have some recovery time, because I think I would be intimidated by Los Angeles if I were a newcomer, because it is so huge. When I was new, I was able to find my way more easily in Chicago, because it was more intimate. I felt well taken care of in a smaller setting. Now I travel all over the world, but I always make it back to L.A because of my strong connections. I’ll fly out for an anniversary, a sober watch, or a pool party. There’s always something going on. You guys celebrate birthdays, you get cake and you get a watch where we wait up till midnight for someone to reach their year anniversary. We don’t get anything like that in Chicago.  People don’t know what I’m talking about. Basically the bottom line of why I love L.A. so much and why I keep visiting is because it is the city where CMA [Crystal Meth Anonymous] was born. Those are my peeps.”