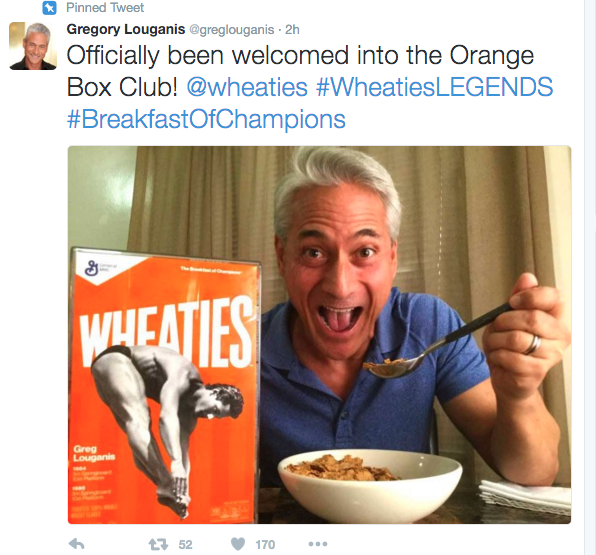 Four-time Olympic gold medalist, Greg Louganis will finally get to eat his Wheaties…with his image on the box.

41,000 online petitions were collected on change.org to put Louganis on the box 8 months after the release of the HBO documentary “Back on Board: Greg Louganis.” He joins two other overlooked Olympic champions, hurdler Edwin Moses and swimmer Janet Evans, who are also getting the long overdue honor of gracing the orange box in what General Mills is calling the Legends Series.

Louganis told Los Angeles Times that homophobia was most likely the reason that Wheaties did not honor him with a box after taking the gold at the 1984 and 1988 Summer Olympics. He added that he had no hard feelings for General Mills for being overlooked in the 80s and he praised its diversity program and its support of LGBTQ people.

The boxes will hit stores in May and be available for public consumption throughout the summer.