To Be FRANK | The Fight Magazine 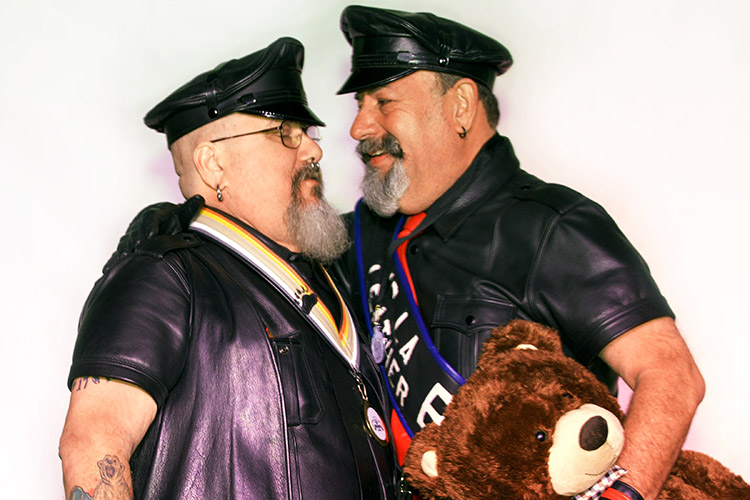 Mr. L.A. Leather Bear 2015, Sir Frank Cavallo, on building bridges between
the young and old in the leather community.

He may be a big man in his late 50s, but Mr. L.A. Leather Bear 2015, Sir Frank Cavallo, puts young’uns half his age to shame as an active member of the leather community.

In an interview with THE FIGHT, Sir Frank spoke about doing 65 events in 52 weeks, his relentless work as host for several kink related fundraisers, and how he used his title to pave the way and build bridges between the young and old in the leather community.

I was in a state of shock. I didn’t think I was going to win because of my age and my size. I’ve been very active in the community for over 30 years, so I was known, but I thought a younger person was going to get it.

What prompted you to compete?

I lost my job three years ago. I was a Catholic school principal in the Silverlake area, and I decided it was time to live my life the way I wanted to live—and I wanted to do something for the community. My goal was to merge the younger generation to the older generation and give them a leeway to make it easier. We had it hard because people didn’t want us 30 years ago. People were down on the leather and bear communities and I wanted their journey to be easier than mine was.

What do you think a young person’s experience is like now in the leather community versus your own?

I think today we are free to do what we want. We have puppies, we have the neons, we have ponies—you name it, we have a chance to be whatever we want. Back then being a man of my size—I was over 350 at the time. People would look down at me and say you’re fat. You have hair, but you’re fat. We don’t need this group. We don’t want this group. It was hard.

It was exciting. It was scary. I would say being a large man and having my knee replaced was hard for me going up and down stairs, but they were accommodating. I got closer to my brothers. It was fun. In a sense I’m glad I did not win, because it gave me the opportunity to do my fundraisers. I think Patrick [Smith] did a great job.

What was it like seeing David Cosio win the Mr. L.A. Leather Bear 2016 title last month?

We had three men who all had their own style. I was very happy for David. He’s four months older than I am. His win makes me a dad. I’ll be there to mentor him and get him ready for LAL. I was very lucky, Gabriel [Green—Mr. L.A. Leather Bear 2014] was an excellent dad to me. I didn’t know him very well, but now I hold him very dear to my heart.

Is there anything you want to tell anyone who is thinking of competing next year?