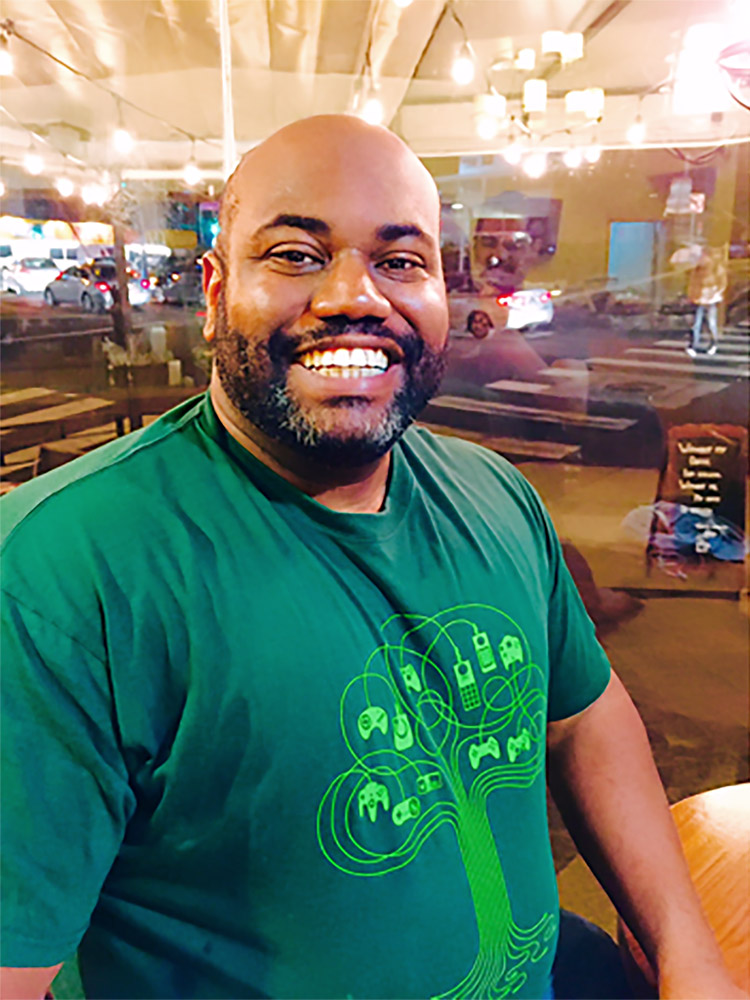 Aaron Jones discusses acceptance and inclusiveness within the gaming community.

I have been writing about video games for a solid 6 months in THE FIGHT, showcasing my opinions and favorite selections of video-games, characters, and developers. Not to mention the top reasons for the LGBT community to pay attention to this entertainment universe.

So as a treat, I wanted to continue using a different voice from the community to discuss the characters and LGBT prowess that is gripping developers by storm. And to hear what is happening, I am showcasing this mountain of muscle Aaron Jones and his perception on the video game community. He paints a very good picture on why relating to the new characters is important for LGBT players and why it boosts confidence while breaking down walls.

What do you think about about players relating to video-game characters?

“I am aware that the following examples are focused on fictional characters; however it is nice to be connected to a franchise that recognizes that you are more than just ‘Player 1.’ Acceptance and inclusiveness seems to be the theme for game developers at present. The gaming industry is making advancements in being more inclusive. There are more LGBT characters being featured in games. The first credible instance of a gay character was in 1986. The video game was called Moonmist. The game features a female character who was upset with her girlfriend for marrying a man.”

What recent smash hits can you show us that embrace some LGBT characters?

The video game publisher BioWare is known for its titles Mass Effect and Dragon Age. Both of these franchises allow the user to choose Race, Sex and Orientation. Love interests in the games are expressed through same-sex interactions. In the fighting game genre there are several examples of how gay culture is represented. Arc System Works is known for its very outlandish characters. In the Guilty Gear series they do not disappoint with Brigid. You have a boy who was raised as a girl who dresses as a nun…on roller-skates…and has yo-yos for weapons.  The character Zangief has been rumored as being gay in the Street Fighter universe for some time. This comes from the mention of “Dislikes: Women” in his bio. It is great that the FGC and Street Fighter fans openly accept this as canon to the story. Other rumored gay characters in Street Fighter are Eagle (SF / Capcom vs SNK 2) and Abel (SF IV Series). The Thunder God Raiden has a conversation with Kung Jin in the Mortal Kombat X storyline. This exchange reveals Kung Jin’s orientation to be gay. Kung Jin is concerned that the Shaolin will not accept him into the fold. Raiden reassures Kung that it only matters what is on the inside. In the interactive thriller Life is Strange; two young women are on a mission to discover the whereabouts of a missing girlfriend and to apprehend a killer. The protagonist Chloe and her friend Max are revealed to be bisexual by the end of your adventure—Spoiler Alert!!

So, it seems that the developers are taking note and changing with the world in having concrete LGBT characters…What advice would you give to newcomers from across the spectrum?

“What I can say to other LGBT players is to play many games and enjoy yourself. In fighting games, no character’s look or profile makes them the best in the game. Only the player can do that. In choosing a video game you should look for quality, value and playability. A character in any game should speak to you and you should be able to connect to them.”

It seems that time is making things easier for developers to incorporate such enthralling characters as well as showcasing the change of culture and acceptance. Just remember that THE FIGHT continues. And for the right gear and games…be sure to hit WORLD 8 hard for all your upcoming video games and gear… because these characters are just getting started.