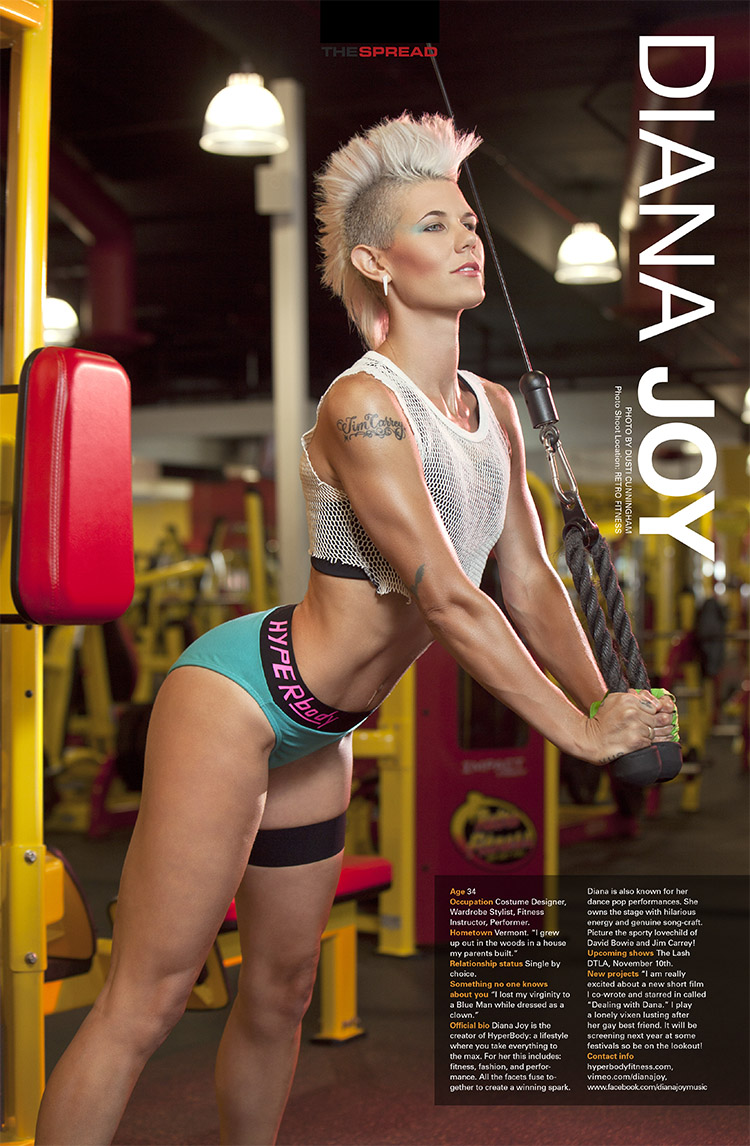 Hometown Vermont. “I grew up out in the woods in a house my parents built.”

Something no one knows about you “I lost my virginity to a Blue Man while dressed as a clown.”

Official bio Diana Joy is the creator of HyperBody: a lifestyle where you take everything to the max. For her this includes: fitness, fashion, and performance. All the facets fuse together to create a winning spark. Diana is also known for her dance pop performances. She owns the stage with hilarious energy and genuine song-craft. Picture the sporty lovechild of David Bowie and Jim Carrey!

New projects “I am really excited about a new short film I co-wrote and starred in called “Dealing with Dana.” I play a lonely vixen lusting after her gay best friend. It will be screening next year at some festivals so be on the lookout!