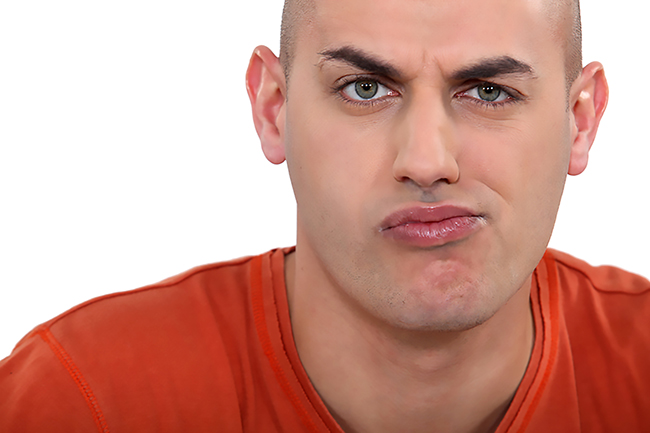 How to respond to Matt McLaughlin’s
ridiculous voter initiative and how internal policies have motivated public activism.

If you haven’t heard, an Orange County lawyer by the name of Matt McLaughlin wants to make homosexual behavior a capital crime in California. It’s been dubbed “The Sodomite Suppression Act.”

“Seeing that it is better that offenders should die rather than that all of us should be killed by God’s just wrath against us for the folly of tolerating wickedness in our midst, the People of California wisely command, in the fear of God, that any person who willingly touches another person of the same gender for purposes of sexual gratification be put to death by bullets to the head or by any other convenient method.”

Should the state refuse to enforce the law, it would empower and deputize citizens to be “immune from any charge and indemnified by the state from any and all liability.”

The San Francisco Chronicle observes that “it seems inconceivable that such a proposal would collect the 365,000 valid signatures it would need to make the 2016 state ballot. Or, if it did, that the voters would approve it. Or that any court this side of Uganda or Saudi Arabia would uphold it.”

Looking beyond the shock value—it is clear that “The Sodomite
Suppression Act” is not the direction this country is going in.

“The best revenge is massive success,” Frank Sinatra once said.

Looking beyond the shock value – it is clear that “The Sodomite Suppression Act” is not the direction this country is going in.

You simply have to be up to speed on the actual direction of LGBT rights today. 2013 was the last time the Supreme Court reviewed gay marriage. Back then, it was banned in more than 40 states. In that case, United States v. Windsor, sexual orientation essentially became a full-fledged protected class under the 5th and 14th Amendment for States that have protective laws. That is indeed truly historic.

Thus, it is simply not worth worrying about “The Sodomite Suppression Act,” as the arc of humanity is leaning toward Justice.

As LGBT rights have continued to expand, more LGBTs have made their way into the upper echelons of corporate America. For years, big corporations have been relatively quiet supporters of gay rights and have offered at least some kind of domestic partner benefits to same-sex couples.

Now, internal policies have begun to turn into public activism. Look at what happened just recently in Indiana, where Governor Pence signed the infamous “Religious Freedom Restoration Act.” The bill would have allowed businesses to discriminate against LGBT. However, after many corporations came out in protest, Gov. Pence has signed a modification to protect LGBT, rather than leave out.

Back to “The Sodomite Suppression Act.” Activists are trying to get McLaughlin disbarred. The California State Bar only disciplines attorneys for acts of “moral turpitude” – usually in relation to their work and clients, not their protected free speech activities.

While in the end, McLaughlin will probably keep his law license and face no official sanction, you can sign the change.org petition to “Disbar lawyer who wants to legalize the murder of LGBT people.”

David Hakimfar is a trial attorney and partner of Hakimfar Law, PLC, and a member attorney of Pride Legal. He can be reached at 310-730-1250.