The Rostow Report by Ann Rostow | 01.15 | The Fight Magazine 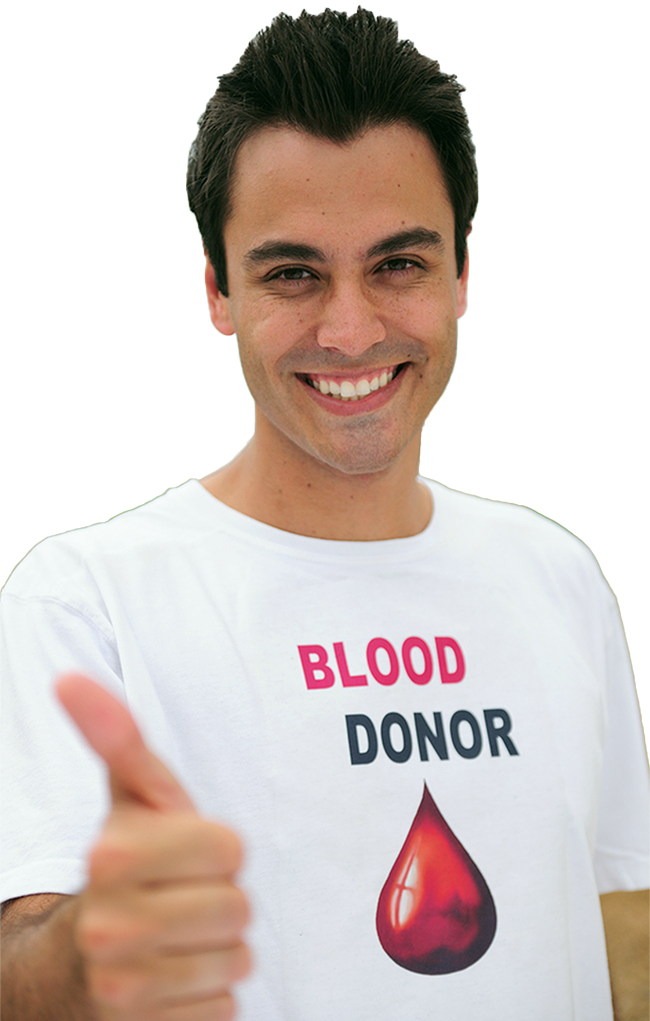 I’m glad on principle that some of the discrimination has been trimmed from the FDA’s blood policy, but guys: were you really that gung ho to give blood in the first place? More importantly, are any of you bad boys ever going to qualify for the one year sex restriction? I thought not.

Can it really be 2015? Really? The date looks like flying cars, Moon vacations and robot maids. And no, I’m not talking about those gizmos that purport to clean your carpets while you watch TV. I’m talking about mechanical people who bring you cocktails on little metal trays, ask you if you want a foot rub and do your taxes.

At least we finally got video phones, which were supposed to be “just around the corner” in the 1970s. Search engines were a nice touch as well. We were also supposed to get a rocket plane that would go way up from New York, let’s say, and then go down at an angle so you’d get to Tokyo in twenty minutes. What happened to that? Oh, and we got marriage equality! So who can complain?

To be more precise, we are about to get marriage equality. Maybe. Of course, THE FIGHT readers in California are all set, but fifteen states (including my own Lone Star state) are still hanging out to dry. On January 9, the Supreme Court will consider whether or not to accept several marriage cases, mainly those from the U.S. Court of Appeals for the Sixth Circuit. You recall that we lost those cases at the appellate court, so in theory, the Supremes cannot simply walk away from the question of marriage as they did last October.

Their decision to duck in October effectively legalized marriage in a zillion new states, which was nice. Now, however, a refusal to deal with marriage equality would create a nasty conflict in constitutional law, with marriage mandated in Montana but banned in Michigan, etc. Could the Supremes tolerate such a situation? Arguably no, but then again, this Court defies speculation. I suppose my fear right now is that they accept one or more of the cases, but defer them to the 2015/2016 session instead of scheduling arguments for this spring. Or equally discouraging, they could do nothing and leave us in suspense for weeks.

At any rate, mark your calendars and keep an eye out for the big announcement.

CLOUDS OVER THE SUNSHINE STATE AND BETSY’S SLUMBER PARTY

Meanwhile, it looks as if Florida could join the ranks of marriage equality states without the usual trip to the appellate court. A lower federal court decision in favor of marriage takes effect January 6th. Our opponents scurried up to the Eleventh Circuit in search of a stay while the case goes through the next stages of litigation. But what do you know! The Eleventh Circuit refused to delay the onset of marriages. Desperate, our adversaries made an emergency motion to the Supreme Court, and yet again, the stay was denied.

Here’s the rub. For some reason, it’s not clear whether this federal ruling applies to the entire state, or just to one area. The “confusion” has led many of the Florida clerks to decide that they will not issue marriage licenses on the 6th unless they get some clarification.

You know, it’s like this. You ask Mom if you can go to Betsy’s slumber party. Mom says no, because it’s a school night. Claire is having a slumber party on the same night. Maybe you can go to Claire’s party. You ask Dad, who asks what Mom said. Mom did not say no to Claire’s party, you tell him. He says yes, and tells you to confirm with Mom. You then tell Mom that Dad said you could go to Claire’s party. During the “confusion,” you tell Dad you’re going to Betsy’s instead because, what’s the difference? For God’s sake! A federal court struck down a state law and the highest court in the land refused to meddle with the deadline. Why is this confusing?

In the Florida motion and a few other recent pleas to the Supreme Court, Justices Thomas and Scalia have both indicated that they would rule for a hold on marriages. That’s not so surprising, but it makes you wonder why Justice Alito and the Chief Justice have not made their opposition clear as well. I don’t believe Alito would ever rule in our favor, but I’m curious about the Chief Justice, who may not relish going down in the history books as one of the men who stood in opposition to equal rights for same-sex couples. He’s so slippery that he might just wriggle around the subject to save his reputation with some weasel-like concurrence of his own devising.

I should also mention that the Fifth Circuit will hear arguments in cases out of Texas, Mississippi and Louisiana on January 9. Don’t hold your breath for positive news out of the Fifth. But I’m thinking that by the time they finish deliberating, the Supreme Court will have taken command.

For this reason, I won’t even mention the various legal wranglings in other states, where marriages are now legal and taking place but where conservatives are still wasting time and money by trying to contest court rulings.

THEY WANT TO SUCK YOUR BLOOD

What else is new? We’re kind of in a holiday lull as I write. Perhaps I should admit that I myself am in a protracted holiday lull. But seriously, even if I were sharp as cheddar I would not have a whole hell of a lot of LGBT news to report. Much ado, for example, is being made of the fact that gay men, or I should say “men who have sex with men,” can now give blood if they haven’t had sex for a year.

This is supposed to be an improvement from the previous FDA policy that had placed a lifetime ban on gay male blood donors. I may have already mentioned that I view our new communal freedom to give blood much as I view the right to serve in the military or sue for wrongful death. With respectful apologies to gay soldiers out there, these are usually not activities at the top of our bucket lists, now are they? I’m glad on principle that some of the discrimination has been trimmed from the FDA’s blood policy, but Guys: were you really that gung ho to give blood in the first place? More importantly, are any of you bad boys ever going to qualify for the one year sex restriction? I thought not.

At least you have an excuse. No policy is stopping me from stepping up to the plate and contributing to my local community blood supply, but let’s just say that needles are not my thing. Now that I think about it, my resting blood alcohol level might just disqualify me.

Finally, have any of you seen the secret Taco Bell commercial that features two gay men carousing around after an inspirational breakfast at the chain? The ad is on YouTube, and appears by its production values to be an actual Taco Bell commercial. That said, the spot has not aired on U.S. TV, and Taco Bell people won’t say whether or not they produced it.

It’s a great ad, which makes you wonder why Taco Bell would make it and not show it. Did they want to send us a subtle signal? I suppose it could be fake, but first, it’s not funny enough to be fake and second, what’s the point of faking a Taco Bell ad? If it’s real, I think I’m almost offended that the chain would shoot it, but keep it off the mainstream media. The implied fear of bad press undermines the positive spirit of the ad itself.