Marriage: Is It Right For Me? | The Fight Magazine 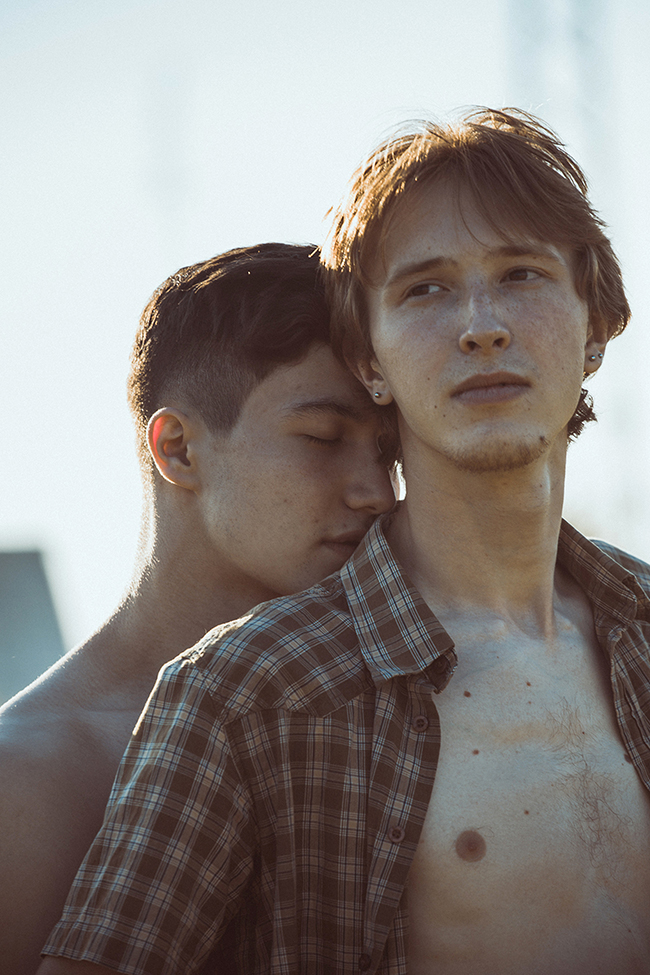 Gay men have been forced by a homophobic and heterosexist world to question and think more critically outside the traditional relationship structures we grew up with.

Gay men’s relationships face an onslaught of repeated attacks by society-at-large. The issue of gay marriage is the tangible pinnacle of this hatred, the bulls-eye.

In the U.S. as of the end of 2014, approximately two-thirds of the states allow same-sex couples the choice to have legal marriages, with one third still opposing such rights. While we may want the option to get married, will we choose to do so? Will it help or hurt us?

How will marriage equality impact gay relationships, and to what degree? What kind of influence will gay marriage have in redefining the social construct of marriage?

How will this more inclusive definition of marriage influence our vision of our selves, and of its institution? And on a more pragmatic front, will same-sex marriage open up other topics related to basic civil rights issues, such as protections from housing and employment discrimination?

As a gay Licensed Marriage and Family Therapist who has actively supported marriage and family equality, I see the complexities that arise out of the cultural institution of marriage, and how these play out, consciously or unconsciously, on our lives as gay men.

No human-made institution is perfect, and marriage’s long history of exclusion has, until recently, provided a very limited lens on what it has deemed appropriate. Marriage, at its worst, has functioned as an exclusionary and devaluing institution: it has devalued anyone who is female, LGBTQ, single, childless, or in an interracial relationship, as well as relationships that are non-monogamous or polyamorous.

It has upheld male dominance and privilege through strict social hierarchies that promote the heterosexual ideal.

However, we have also seen a drastic and powerful social shift in redefining what marriage means today, with the help of the woman’s and gay rights movements. Just as feminism has helped to empower women in their relationships, so too, marriage equality is changing the landscape of what it means to be married in a same-gender relationship. For many today, marriage is a way of signifying the importance of their relationship and their commitment.

Historically, gay men have been forced by a homophobic and heterosexist world to question and think more critically outside the traditional relationship structures we grew up with, and later, discover relationship dynamics that work better for us. Of course, without the same kind of societal/ familial support that our straight counterparts have, it has not always been an easy endeavor.

Due to societal unease with same-sex relationships and gender diversity, we’ve often internalized these messages and learn to devalue our selves and each other. Unfortunately, when we’ve been society’s scapegoats for decades, we can end up treating each other in a similar fashion. We may judge each other based on gender expression, age, socio-economic status and body shape, size and color. We also may defend against being hurt by walling ourselves off from our real authenticity.

Out of self-protection, we limit our abilities to be deeply and emotionally intimate with one another.

Thankfully, that’s not our only option. And when we heal, grow, and evolve as individuals we also expand our capacity to be in a loving, sexual, and mutually fulfilling relationship.

We learn that operating at our best is actually being genuinely compassionate with ourselves and with those around us. We move from self-hatred to tolerance, to self-acceptance and, hopefully, to a genuine appreciation for who we actually are and what we have to offer the world.

We are both harmed and healed in relationships. In constructing our most intimate relationships, we can do so with care, mindfulness, and grace; or instead, operate out of the mercy of our unconscious, directed unknowingly by the winds of societal shaming and devaluing who we are as gay men.

We can reject various forms of relationships that no longer work for us. We learn that there is not one “right” way and “wrong” way, although there may be a way that works best for us individually or in a relationship. What works for me may not work for you, and visa versa. We can get creative and find a way that works for us. What we may imagine getting from a particular form of a relationship may or may not come to fruition, regardless of our best efforts.

According to a recent research article, same-sex couples and straight couples in marriage-like commitments are similarly stable. It appears that making a strong long-term commitment to a loved one increases the likelihood that it will come to fruition, regardless of sexual orientation. The longer a couple is together, the more time they have to integrate their lives, work out difficulties, share bonding experiences, and the less likely they are to break up. Divorce rates have gone down substantially in the heterosexual world since the 1970s and early 1980s, especially among college educated couples. They have also married less, more frequently married for love, and waited longer to marry.

So, what does all this mean for gay marriage? Is it helpful or damaging to our specific relationships?

Like many things, it depends on our intentions, actions, and inactions.

Are you marrying because you finally can? Are you marrying as a political act? Do you hope that being legally married will change something about your relationship and/or how people treat you? How well do you know the person you’re marrying?

Another recent research article describes an all-too-common occurrence among gay men expecting or hoping for support from their family of origin: rejection. The symbolic importance of marriage may cause some family member s to more vocally come out against same-sex marriage, whereas previously a tacit tolerance may have been misconstrued as support. Those who marry out of the wish that this would bring more acceptance from their families may be sadly disappointed to experience more overt rejection from certain family members.

In contrast, many same-sex couples describe receiving even more support for their relationship from friends and family after they get married.

To survive, we’ve had to critically think about what we’ve been told about sex, love and relationships. As gay men, we have an opportunity to define our relationships in a way that makes the most sense for us. What aspects of traditional values, if any, work for us and are worth maintaining? What new and improved ones do we want to create? Do we take the construct of marriage and change the way we define it to meet our own needs and relationship? Or do we create relationships outside of this structure?

Regardless of the form our relationships take, having honest conversations about agreements and getting clear consent can strengthen our relationships, whether they are monogamous, monogam-ish, open or polyamorous.

It is important to give careful thought to how marriage legality will affect our particular relationship. What are our expectations? Have we communicated these with our partner? What are the responsibilities and financial impact that come from a legal marriage?

And, how can we be more loving, compassionate, and respectful of our relationships, with or without marriage?

James Guay, Licensed Marriage & Family Therapist (#mft 39252), is a West Hollywood based psychotherapist for individuals and couples, specializing in affirmative LGBTQ health and well being. www.LivingMoreFully.com, 310-405-0840.