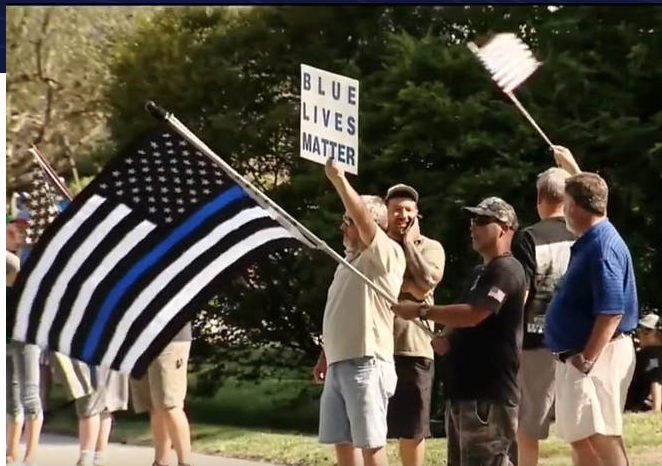 A rally in favor of police violence turned even uglier when one “Back the Blue” supporter started a new chant on the edge of a Black Lives Matter protest, reports LGBTQ Nation.

Shaler Township, Pennsylvania residents gathered to oppose the systemic violence aimed at Black people by authorities, spurring a motley group of Trump supporters to gather “to support the police.”

And it wasn’t long before one of the rightwing extremists started yelling “Kill transgenders!” reports LGBTQ Nation.