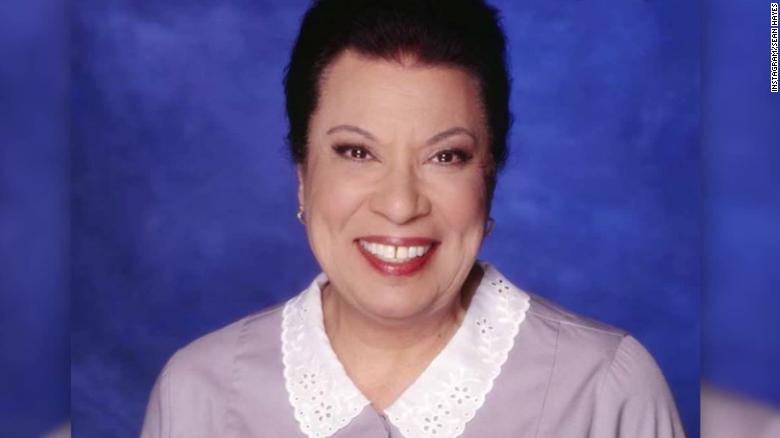 Morrison died of heart failure, her publicist confirmed to the Associated Press.

Following the news of Morrison’s death, her Will & Grace co-stars took to social media to remember her.

“My heart is heavy,” Megan Mullally wrote. “Thank you for your friendship & partnership, Shell. You accomplished wonderful things in this world. You will be missed.”

“Our beloved Shelley Morrison passed away today,” Sean Hayes wrote. “She was absolutely hilarious and had the biggest heart. She was a part of our Will and Grace family and will be greatly missed.”

“Shelley was a beautiful soul & a wonderful actor,” Eric McCormack wrote. “Her work as Rosario, season after season, was as nuanced and real as it was hysterical.”

“Oh, Shelley… what a loss,” Debra Messing wrote next to a video from Will & Grace featuring Morrison. “Shelley had a career that spanned decades, but she will always be our dear Rosie.”