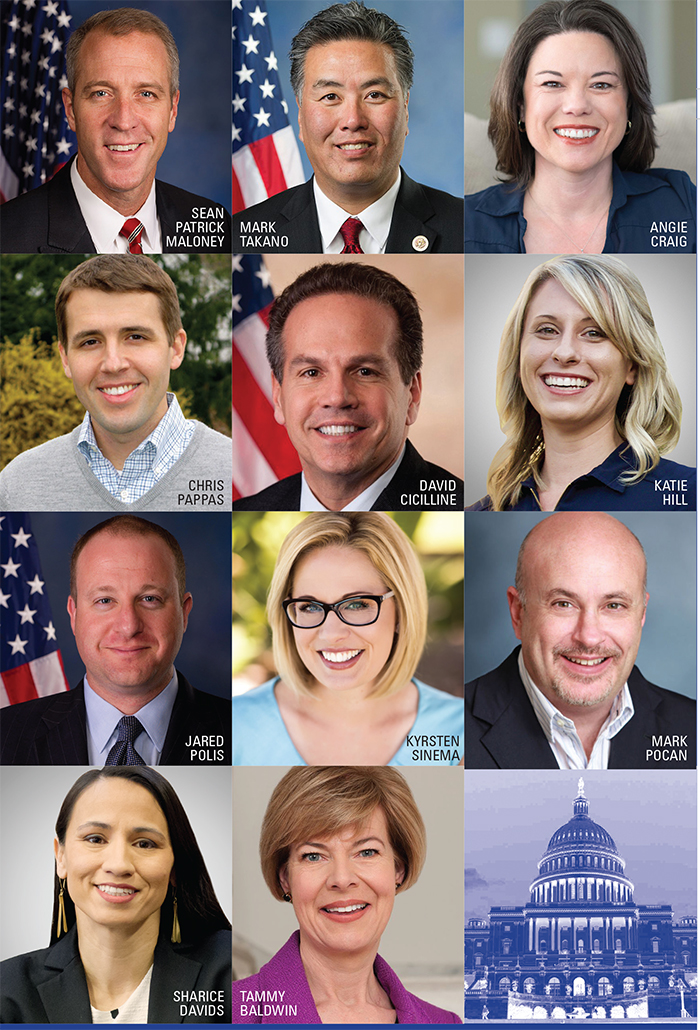 There will be at least ten LGBT members of Congress next year.

After Rep. Kyrsten Sinema, who is openly bisexual, was officially declared the next Democratic senator of Arizona last month, the amount of LGBT members of Congress next year will reach double digits, reported CBS News.

The ten LGBT members are Democrats. There will now be two LGBT senators: Sinema and Sen. Tammy Baldwin, of Wisconsin.

The other eight LGBT House members are: Rep. David Cicilline of Rhode Island is running for Democratic leadership;  From California, Rep. Mark Takano could be the next chairman of the House Veterans Affairs Committee;  Rep. Mark Pocan, of Wisconsin, is currently the chair of the Progressive Caucus; Incumbent Rep. Sean Patrick Maloney, is the first openly gay member of Congress elected by New York. He ran for New York attorney general earlier this year and lost in the Democratic primary; Minnesota’s Angie Craig will be the first lesbian mother;  Kansas’ Rep.-elect Sharice Davids is also the first Native American congresswoman. Katie Hill, of California joins the freshman class of House members in 2019, as does New Hampshire’s Chris Pappas;  Democratic Rep. Jared Polis will be trading his Colorado U.S. House seat for the governor’s mansion in Colorado in January.