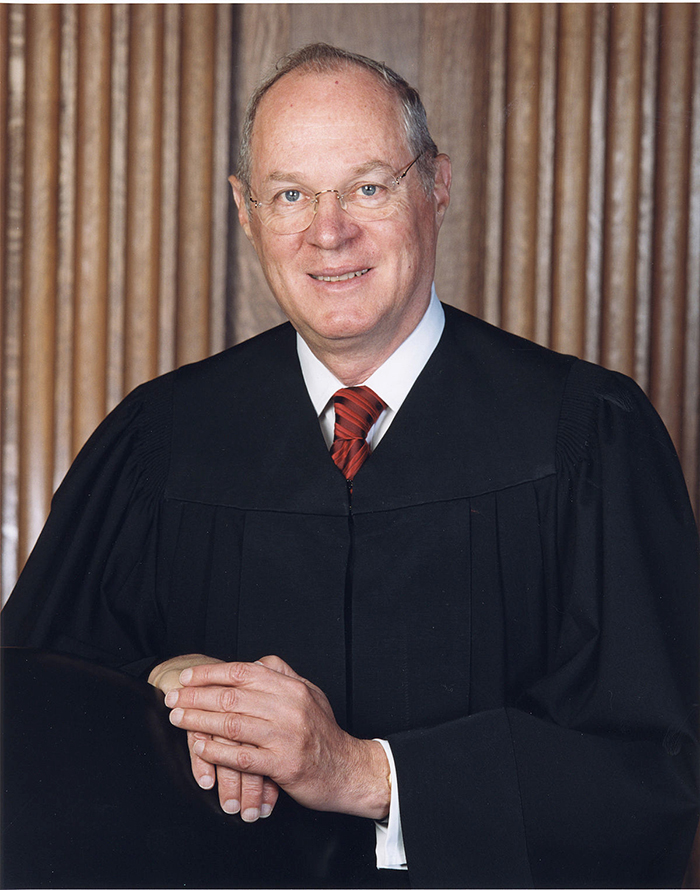 Surely Justice Kennedy won’t fail us now, will he? Or will our champion decide that he’s done enough to help same-sex couples and it’s time for the pendulum to swing back a bit towards the far right religious conservatives?”

Hello dear FIGHT readers. Doesn’t it seem as if the year is zipping by at top velocity? This is the June issue. Normally I’d be anxious about such a phenomenon, but this year my attitude is full speed ahead. We are in a race against time and history to reach the midterms, to reach 2020, to flip the House, the Senate, the White House. We’ve survived 2017, we’re getting through 2018. Can we make it? Can we reach the moment when “Hail to the Chief” will be played for someone who is not Trump, and hopefully not Pence? Can we make it to a time when we can listen to the President of the United States on TV without reaching for the mute button while incoherently screaming: “Get it off! Get it off!”?

As the President would say, we’ll see what happens. In truth, that’s one of my own pat phrases, which sends a little frisson down my spine.

By the way, I am watching TV with the sound off and I just saw that McDonald’s commercial with the guy who gets into college for the thousandth time. You know the one. The manager yells: “More fries for Table 15!” The shy employee hands him an envelope—and not a very thick one—and the manager yells: “Guys, two seconds!” assembling the entire staff in a circle. He rips open the letter and reads in a mumble until he realizes that the employee has been accepted at which point everyone claps and I wonder, what would have happened if the guy had been rejected?

“Um, Dear Eric, I regret to inform you…” the manager’s voice drifts off and he looks down at the floor. “Damn it!” the employee snatches the letter out of the manager’s hand and throws it angrily in the trash. The other staff disperse with a pat on the back, a word of encouragement. There’s a new anger in the manager’s voice: “I said more fries for Table 15!”

I mean, the manager didn’t know what was in the letter! Why wouldn’t he read it before getting everyone together?

So, another month has gone by with no word from the Supreme Court on the Masterpiece Cakeshop case, which was argued in early December. I vacillate from confident optimism to abject fear because our legal position seems to be a winner, yet a bad ruling in this case could do us tremendous damage.

It’s as if we are walking across a very sturdy and pretty wide bridge, a bridge that seems easy to traverse, not likely to fail us. And we ourselves are fit, in good shape, not likely to wander to the side or get dizzy. So everything is fine, right? Well, yes. Except for the fact that the bridge spans a thousand foot drop into a deep abyss. Just stepping onto the thing is terrifying. Surely Justice Kennedy won’t fail us now, will he? Or will our champion decide that he’s done enough to help same-sex couples and it’s time for the pendulum to swing back a bit towards the far right religious conservatives? Surely not.

We worry about Kennedy because there is no doubt that four of the nine justices fully understand that you can’t allow citizens to ignore state civil rights laws based on prejudice, even (and especially) when that bias is disguised as a religious mandate. More importantly in this case, there is no doubt that four justices agree that being forced to sell a wedding cake to a gay couple does not constitute being forced to take a political stance in favor of gay rights.

If the baker is being ramrodded into a political statement, then so is the limo driver, the florist, the caterer, even the assistant who made the little quiche appetizers. If making a cake for a gay wedding is “compelled speech,” a constitutional violation, then so is providing the chairs, so is setting them up, so is mowing the grass, decorating the garden, dry cleaning the tuxedos. The premise is untenable, period. So why am I worried about our fifth vote?

Speaking of weddings, Mel and I could not resist stepping into the Royal Wedding like a warm bath and letting the sheer sweetness of the whole occasion wash over us until Trump was just a dim sickness somewhere in the back of our minds. The adorable children. The glamorous guests. The stately aristocrats. The horses and carriages and cars. The uniforms.

I think I’ve already written that I wouldn’t mind reversing the American Revolution right about now, getting rid of the President and subjugating myself to the Queen. Hell, I’d even pay taxes without representation.

Actually, it might be a bit of a difficult transition, so I propose that Elizabeth II assign someone to serve as President of the United States, and we leave the rest of the American democracy intact. Prince William is too close to the line of succession, so I think Harry and Meghan would be preferable.

Did you have a double take when you read that a federal judge just handed down a ruling in favor of transman Gavin Grimm, who had sought to use the male facilities at his high school in Gloucester County, Virginia? I think I heard you saying to yourself, hmm, didn’t I read about this case years ago? How old is this Grimm guy anyway?

Yes you did! This is one of those cases that has taken some twisty turns through the court system, even up to the Supreme Court, where it was accepted for review and then sent back to square one after the Trumpsters withdrew the U.S. government’s trans-friendly policies. Since the U.S. Court of Appeals for the Fourth Circuit relied heavily on those policies in their own trans-friendly ruling, the High Court gave the bad guys a do-over.

Meanwhile, Gavin had long since left high school but maintained his lawsuit from the standpoint of an alumnus, who might want to use the mens’ room on visits to his old school. Whatever works. Now, as I just mentioned, Gavin’s case is going back through the courts on the merits alone. Gavin’s lawyers can no longer toss the Obama Department of Education civil rights language into the mix, but they still have the underlying principles to rely on. Namely, that discrimination against transgender men and women, or boys and girls, is a form of sex discrimination, outlawed under Title IX of the Education Amendments of 1972.

Gavin Grimm is not alone in his fight for transgender student civil rights. A few months back, a Wisconsin school district paid $800,000 to settle a trans discrimination case that was pending before the High Court after a trans victory in the Seventh Circuit. Other cases have gone our way even as the Trump administration doubles down on its trans-phobic policies for reasons we can only imagine.