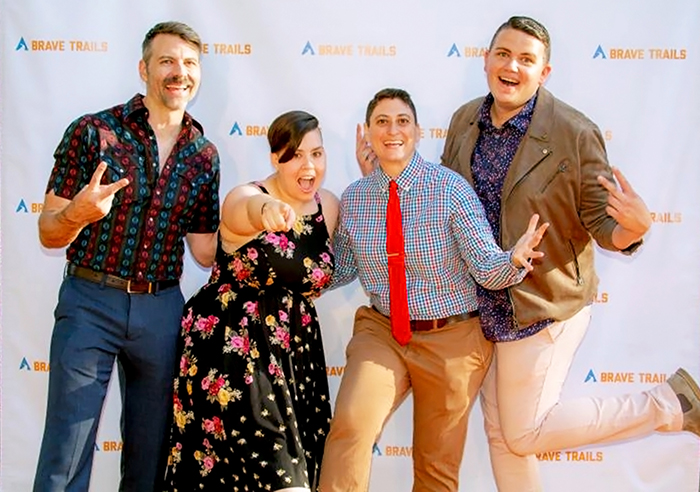 Brave Trails, an LGBTQ Youth Leadership Summer Camp, creates a safe, inclusive space for queer youth from all over the world.

Jessica Weissbuch is the Co-Founder and Executive Director of Brave Trails – a LGBTQ, non-profit Leadership Summer Camp for Youth based out of LA and Maryland.

Brave Trails creates a safe, inclusive space for queer youth from all over the world to experience the joys of summer camp with like-minded peers while learning leadership skills that can help them become activists in their own communities.

More information on Brave Trails and how to donate can be found at their website: www.bravetrails.org.

In an interview with THE FIGHT Weissbuch talks about building queer kids’ confidence, the importance of positive role models and just having fun.

How did Brave Trails get started?

I have my Masters in child psychology and I’m a licensed Marriage/Family therapist. I always knew I wanted to work with queer youth as part of my life mission. That interest really stemmed from a youth group I was involved in in highschool called “Operation Snowball.”

“Operation Snowball” was a drug and alcohol prevention program that led workshops and retreats… It really formed who I am today and it always stuck with me what a weekend retreat among like- minded peers can really do for a young person.

My wife grew up going to summer camp. She was raised by a single mom without a lot of money and was lucky enough to get to go to a camp that was specifically for underprivileged youth. It was a really formative experience for her.

We would always joke about starting a camp but we were just like, “oh, that’s a pipe dream.”.

Then one day we were just toying with the idea. Like, I’ve always worked with queer youth leadership and she has all this summer camp experience. So we were, like: what if we just combined our experiences and made a queer leadership summer camp?

Then we got serious and put together a team that helped us get to where we are today… We’ve had amazing support from the queer community in LA.  It’s been quite an amazing experience. 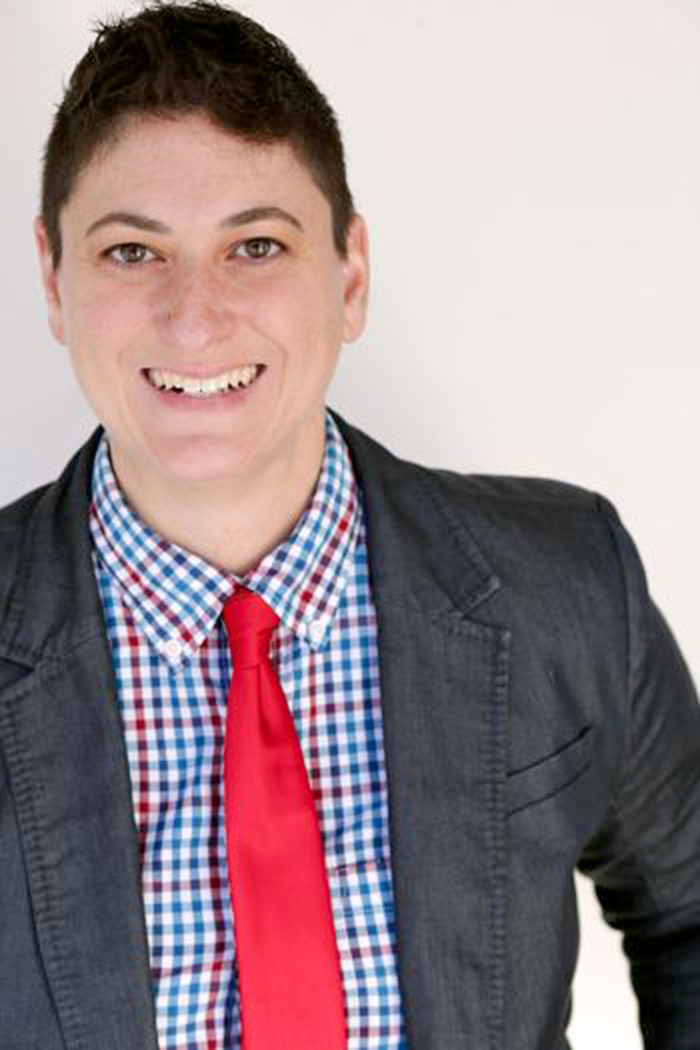 How specifically does the camp differ from “traditional” summer camps?

We are a LGBTQ leadership summer camp. What that means is that we are part traditional summer camp where we have hiking and archery and fun stuff like that – and we also have a leadership institute where we bring in leaders from the queer community to hold workshops teaching leadership and activist skills. Our workshop topics are really diverse. They range from how to build up your confidence and deal with anxiety, to college essay writing and public speaking skills, to knowing your rights at school as a queer student.

Who are the campers? What is the age range?

Our campers are 12-18 and we also have an extra leadership program built into camp for 19-20 year olds where they get to be camp counselors in training.  This year we also just expanded to have our first family camp for LGBTQ parents and their families.

We are part traditional summer camp—where we have hiking and archery and fun stuff like that—and we also have a leadership institute where we bring in leaders from the queer community to hold workshops teaching leadership and activist skills.”

Are all the camps based in LA? How many campers attend and how long is the camp for?

Our base is in LA but we’ve had the honor and privilege to start expanding and offering one week camps in Maryland. We had our first camp in 2015 – we were just hoping to get 15 campers. That first year we ended up with 40 campers… This past year we’re up to 120 campers so it just keeps on growing!

We’re really fortunate to have been able to expand and offer our camp for six whole weeks now. For five weeks the camp is based in LA, and then one week at our satellite location in Maryland.

Who is the staff at the camp? I imagine it’s not as simple as just hiring other teenagers as “traditional” summer camps do.

It’s true our counselors are very different than a “traditional” camps’ staff. Our staff are role models to the campers so it’s very important for us to bring in folks that are walking the walk and are actually successful, queer adults. We need people with experience in the world, who are professionals in their field and want to give back and offer their experience to queer youth. Even our campers who come from LA  don’t always have the opportunity to be able to see successful, professional adults that are queer so it’s really important to us to give them those role models to look up to.

In today’s climate where the world is slowly becoming more accepting why is it important to have a place like Brave Trails that is specifically dedicated to being a space for queer youth?

Though the camp is based in SoCal our campers are from not only all over the country, but from all over the world. We have campers that come from other countries that are still very challenging environments to be queer in. Camp gives them a safe space to come be themselves.

Even in the US where you would think that there is a better climate growing there’s still a lot of struggle. Our campers need parental consent to be able to attend so they all come from somewhat supportive families- but we still get campers where they have divorced parents and one parent is not in support of their child’s “lifestyle.”

The “camp” aspect is also especially important because, though there are safe spaces for queer kids to receive therapy and mental health support, there are very few safe places where queer youth can go and be around like-minded kids and just… have fun.

What is next for Brave Trails?

One of our goals is to get our mentorship programming going where campers are paired with a counselor that acts as their mentor for a year. Beyond summer camp we also have year round programming that we want to expand like all ages drag workshops, improv comedy, and dance classes.

Eventually, 5-10 years down road, I know we want to open more satellite locations in the Midwest and in the South where we know we have potential campers that really want to come but can’t afford to because we are so far away.