And The Winner Is | The Fight Magazine 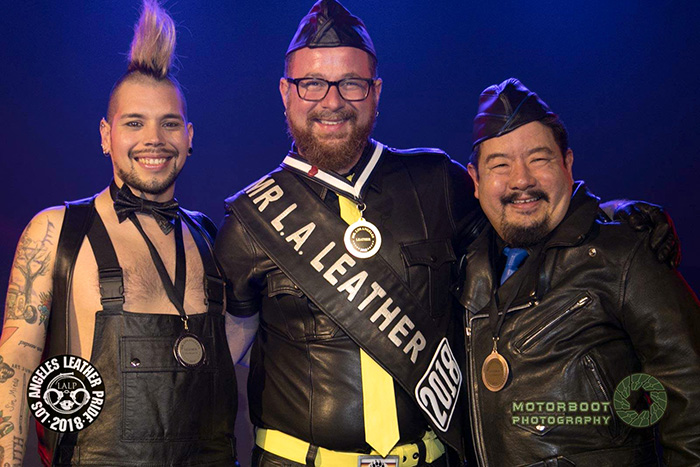 Originally from Raleigh, North Carolina, Kaufher, a set costumer, has lived in LA for a decade with his husband Ben.

In a short interview with THE FIGHT after his win, Kaufher said that when his name was announced as the winner “I thought it was a Moonlight situation—I was waiting for them to correct it and announce the real winner!”

Kauhner said the process of competing with ten other brothers was intense but gratifying, and that winning the title was an honor he takes seriously. “This is the first time a Bear has ever won… I think that is a testament to how our community is evolving.”

One of his goals as Mr. Los Angeles Leather 2018 is to “to welcome as many new people as possible… there are many voices that aren’t heard as much as they should be—people of color, trans folks, and gender non-conforming. I want to expand our inclusiveness.”