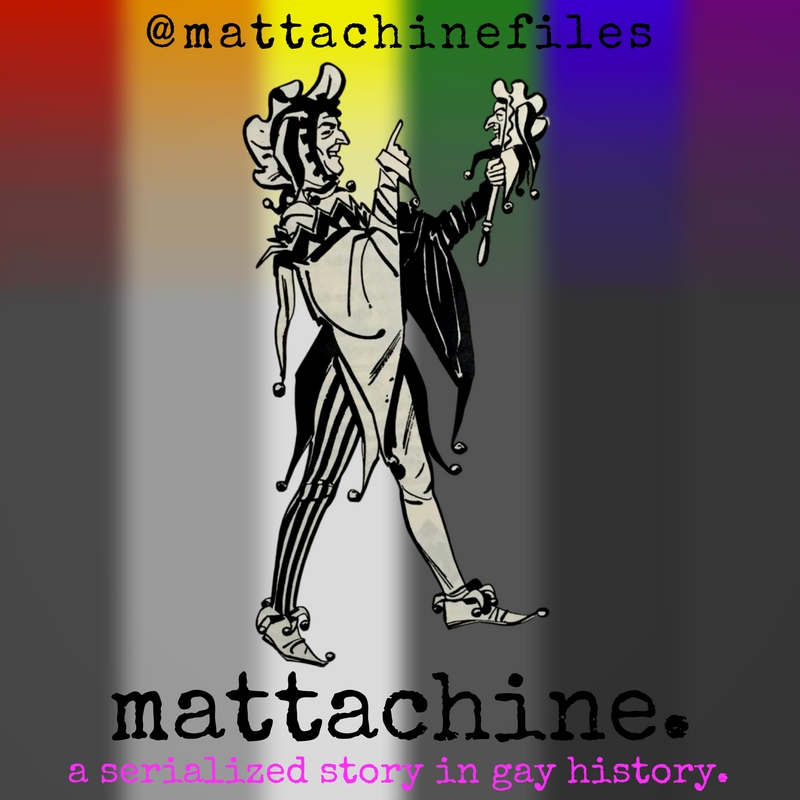 From a spark of inspiration in 1920s Chicago, through secret speakeasy-style meetings that brought together anonymous homosexuals, the program will open FBI case files to journey through McCarthy-era paranoia and the witch hunt that pulled the communist queer activists apart, scattering the seeds of the movement.

Produced and hosted by Devlyn Camp with editorial advising from Paul Di Ciccio and Chicago theatre critic Albert Williams, Mattachine aims to entertain and educate an audience about our vast history and the strength of our community during a time of new political resistance. Listeners may hear the first episode and subscribe now on iTunes or other podcast-playing apps. New episodes are released every Thursday.

Political and social history have been intertwined with queer history, though our stories are overlooked by all history classes in public schools. With the assistance of voice actors and interviews with Mattachine founder Harry Hay courtesy of the ONE Archives at the University of Southern California Library, Mattachine brings the stories of these activists back to life in order to uncover nuanced issues the LGBTQ community still struggles with today: internalized homophobia, misogyny, political pressure, anonymity, and assimilation. Listeners may find that the study of history is preparation for the work ahead.