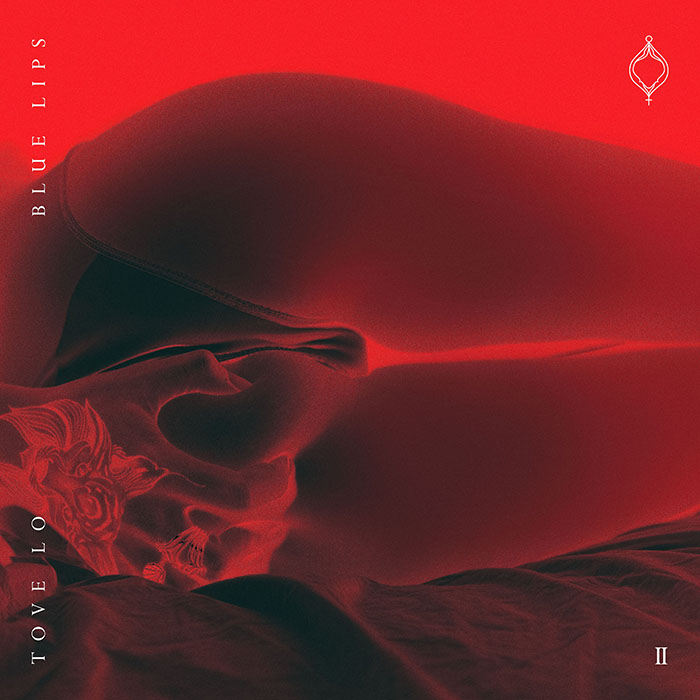 Tove Lo’s indulgent, hedonistic and idiosyncratic mix of sweet and tender yet explicit is always matter of fact, and never borders on patronizing. 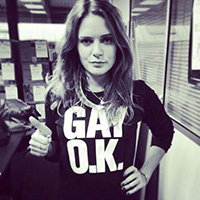 One look at the cover image for Tove Lo’s new album, and you get the idea this girl ain’t f#cking around! Or is she?

After scoring a #3 hit off her debut with a song about trolling sex clubs and self-medicating herself—“Habits (Stay High)”—and following that up with a new single called “Disco Tits”—she’s setting the tone as a songwriter who’s not interested in sugar-coating her experiences or chasing chart numbers.

Her story began a decade ago in Sweden, where the grunge-loving upstart attended Rytmus Musikergymnasiet, the prestigious Stockholm school that counts Robyn in its alumni.

Blue Lips is the companion to her second album Lady Wood where the complete story is told across each album’s two chapters—“Fairy Dust” and “Fire Fade” from Part I, and “Light Beams” and “Pitch Black” here on Part II.

The first half features sharply conceived electro-pop like “shedontknowbutsheknows” (yes, that’s exactly the way it’s spelled) and “Shivering Gold,” while the second half shifts into more raw and reflective tracks like “Don’t Ask Don’t Tell” and “Romantics,” which serve as sketchy comedowns to even more uninhibited, drug-fueled encounters.

Lo’s indulgent, hedonistic and idiosyncratic mix of sweet and tender yet explicit is always matter of fact, and never borders on patronizing. And in a world where the floodgates of sexual assault charges have burst open, Tove Lo is exactly the sex-positive and shameless empowerment statement the world needs to hear.