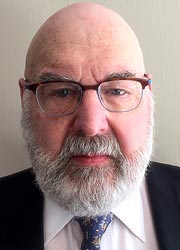 In a preliminary injunction issued Tuesday in Baltimore, U.S. District Judge Marvin Garbis ruled that transgender service members have “demonstrated that they are already suffering harmful consequences” due to the proposed ban including threat of discharge, stigma and the cancellation or delay of surgeries related to their gender transitions. The six plaintiffs in the lawsuit he reviewed have all been receiving hormone therapy.