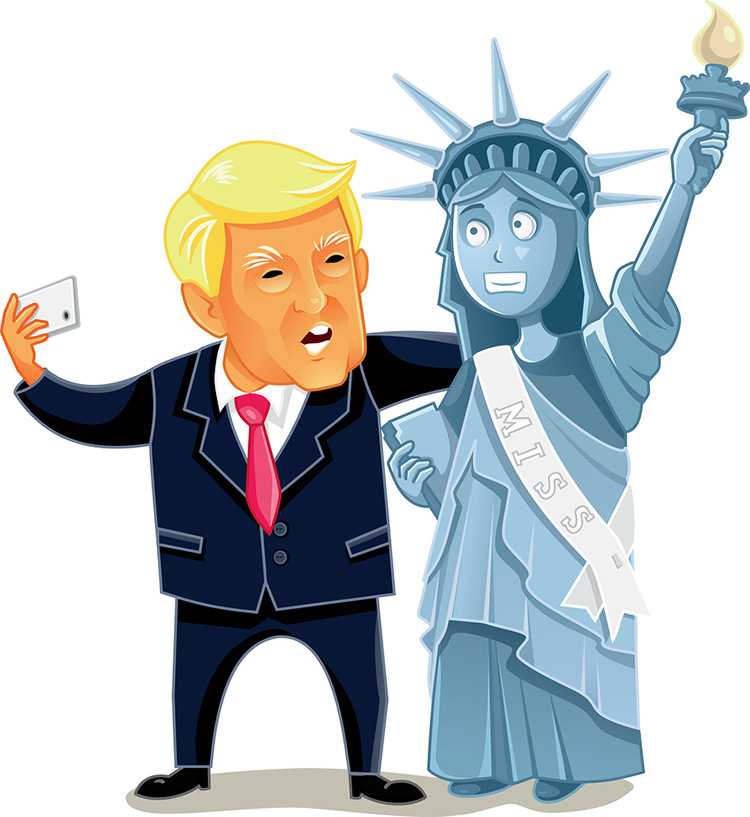 If it wasn’t clear on November 9, it’s clear now that the Trump presidency will be a disaster for our community. The only question is, to what extent?

I’ve been casting around this afternoon for some upbeat news and notions in order to start our journey through 2017 on a good note. A fun note. Dare I say it? A gay note! The results? Sorry everyone. I did find a listicle about a dog born with a cleft palate who was going to be put down before some nice woman saved him. But no sooner had I enjoyed this small sweet moment than I stumbled upon a story about people beating bears to death for kicks.

Indeed this is a metaphor for our political world these days. We grasp onto a glimmer of something vaguely okay (General Mattis is not really crazy!) and then Rick Perry is named Energy Secretary and Andrew Puzder is picked for Labor. What the hell? As dismayed as I felt the day after the election, I could not have imagined the horror to come in November and December as this vainglorious madman barrels his way through the transition like the proverbial bull in the china store, upending foreign policy and appointing a string of self-serving know nothings to positions of power.

The fact that Trump is indifferent to LGBT rights simply means that while he might not initiate something horrible, he also won’t step in to prevent antigay policies and backlashes from becoming law or precedent.

And we have to wonder, as bad as this has been, what awaits us when we drop the “elect” off his title come January 20?

It seems selfish of us to think about Trump’s impact on the LGBT community when the man is poised to rend the very fabric of American society before our eyes and possibly escalate the threat of nuclear war to 1960s levels. But let me make one point. It has appeared at times that Trump is not a direct threat to gay rights. He scoffed at North Carolina’s HB2 last spring, telling the press that Caitlin Jenner can use any bathroom she wants at Trump tower. He’s a Manhattanite for God’s sake. And he’s made odd quasi-supportive remarks about LGBTs in the past, pledging for example, to save us all from ISIS. He certainly has never campaigned on an anti-gay platform, but just because he’s not a direct threat does not mean he can’t be an indirect threat; the offshore earthquake might not kill you, but the tsunami will.

Trump is surrounded by homophobes, including Mike Pence who is a far right conservative. He is about to put a Neanderthal in charge of the Justice Department, where we have enjoyed strong pro-LGBT leadership for the last eight years. Does anyone think Jeff Sessions, an ardent foe of marriage equality, will maintain the pro-gay policies of the current Equal Employment Opportunity Commission? He will not.

Could marriage equality be reversed by a Trump High Court? The answer is not yet. Even with a conservative replacement for Scalia, we still have our 5-4 majority. But replace one of our five with an anti-gay conservative and who knows what could happen? No, we probably would not lose marriage rights. But they could be compromised, and gay rights could be severely undermined in a million ways. The fact that Trump is indifferent to LGBT rights simply means that while he might not initiate something horrible, he also won’t step in to prevent antigay policies and backlashes from becoming law or precedent.

If it wasn’t clear on November 9, it’s clear now that the Trump presidency will be a disaster for our community. The only question is, to what extent?