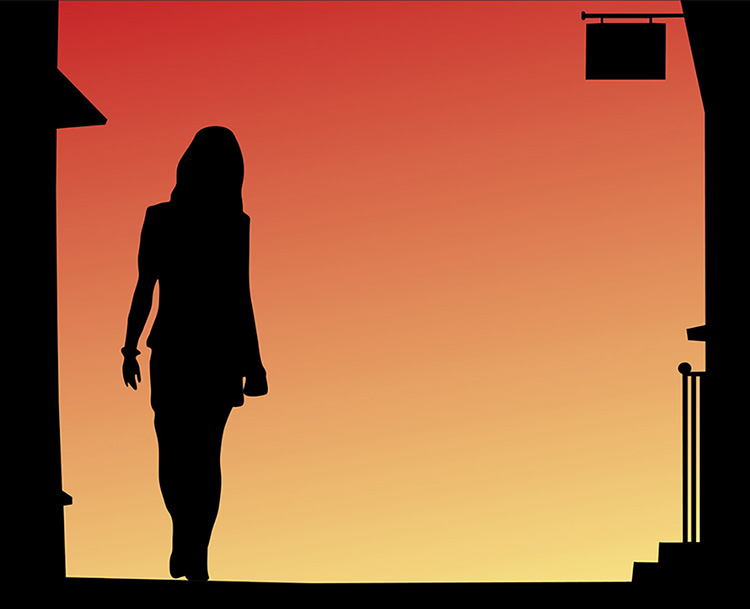 “Meaningful Work: Transgender Experiences in the Sex Trade” presents new data and analysis from the National Transgender Discrimination Survey (NTDS), first published in 2011 and still the largest-ever published survey of transgender people in the United States. Meaningful Work is the first in depth look at the 694 NTDS respondents (11% of the survey total) who reported sex trade experience.

In 2011, the NTDS reported that transgender people experience high levels of discrimination in every area of life, as well as high levels of poverty, unemployment, homelessness, negative interactions with police, incarceration, and violent victimization.

We can’t ignore the fact that so many transgender people, particularly in communities of color, have had experience in the sex trade, often simply as a means of getting by.”

One result of this widespread discrimination is that many transgender people engage in sex work to earn income or trade sex for housing or other needs. Meaningful Work takes a deeper look at those respondents who traded sex for income:

The criminalization and stigmatization of commercial sex can worsen the discrimination and marginalization that transgender people already face. Transgender sex workers reported high levels of harassment and violence, often at the hands of police: 64% reported being mistreated and nearly one in 10 were sexually assaulted by police. The report also found striking racial disparities, with Black and Latina/o transgender people are far more likely to report any sex trade experience (44% and 33%). Transgender people of color with sex trade experience reported far higher levels of poverty, mistreatment, and negative health outcomes than their white counterparts.

To address these disparities, the report makes several policy recommendations, including the full decriminalization of sex work. National LGBT organizations including NCTE recently joined Amnesty International and the World Health Organization in calling for decriminalization on the grounds that criminalizing sex work prevents sex workers from seeking help from police, needed services, or other employment and impedes HIV prevention efforts.

Other recommendations include reforming policing practices and investing in voluntary, non-judgmental, and harm reduction-based social services. The report also urges LGBT organizations and other community groups to prioritize work with sex workers themselves in developing solutions that meet people’s needs for safety, health, and opportunity.

“Trading sex for money is an act of resilience by so many trans people, in the face of tremendous societal violence and discrimination,” said Darby Hickey, Policy Adviser at BPPP and a transgender woman former sex worker. “This report shows how criminal laws, policing, and anti-sex worker stigma combine with anti-transgender bias, producing terrible results. Trans sex workers, particularly women of color, know what the solutions are and it is past time that LGBT groups center their experiences and wisdom.”

“We can’t ignore the fact that so many transgender people, particularly in communities of color, have had experience in the sex trade, often simply as a means of getting by,” said Harper Jean Tobin, Director of Policy at NCTE. “This means of survival, however, too often comes along with increased risk of violence, HIV, and barriers to health care and other supports–all of which are made worse by criminalizing sex work. All people involved in the sex trade, whatever their circumstances, deserve safety, opportunity, and dignity.”

The National Center for Transgender Equality is the nation’s leading social justice advocacy organization winning life-saving change for transgender people. For more information go to www.transequality.org. The Best Practices Policy Project (BPPP) is dedicated to supporting organizations and advocates working with sex workers, people in the sex trade and related communities in the United States. For more information go to www.bestpracticespolicy.org.